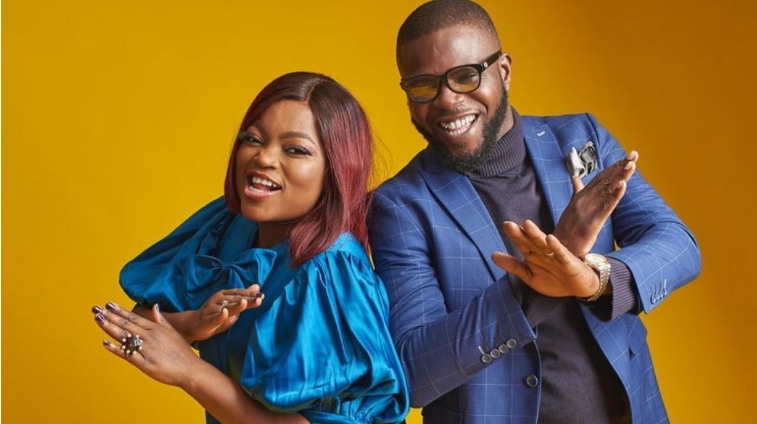 Nollywood actress, Funke Akindele and her producer husband, JJC Skillz, have come under heavy attack from Nigerians on social media.

The backlash trailing the celebrity couple is due to the house party they held recently in celebration of JJC Skillz’s 43rd birthday on Saturday, April 4, 2020.

The celebrity couple flouted the Lagos State Government’s order of not having more than 25 people in a single gathering with the party which had the likes of Naira Marley and Eniola Badmus in attendance.

Series of videos shared on Instastories show that the number of guests who attended the party were above the approved number of people in gathering as ordered by the government.

The House Party Funke Akindele and her Husband JJCskillz did with the likes of Naira Marley, Eniola Badmus.. why this during this total lockdown? 😩💔🤦🏽‍♀️ pic.twitter.com/fNVMEIgZHd

Many Nigerians have taken to social media to express their disappointment in the celebrity couple especially as Funke who was used by the Nigeria Centre for Disease Control (NCDC) to sensitize citizens on the coronavirus scare.

However, in light of the backlash, the actress has defended her action on why she held a party at her house in celebration of her husband’s birthday, despite the government ban on any social gathering.

In a now-deleted tweet, the actress responded to a Nigerian who stated that losing her endorsement may be as a result of “plain stupidity” and not a matter of “witch hunt”, said:

“Uncle don’t create unnecessary sensation. #omoghettothesaga was to be filmed Before the lockdown and some of us had been camped in Amen estate. So we had to stay in there. So we are safe and happy!! Let’s not be NEGATIVE!!”

She further stated: “We all have been together for over two weeks. We are safe and take all precautions.” 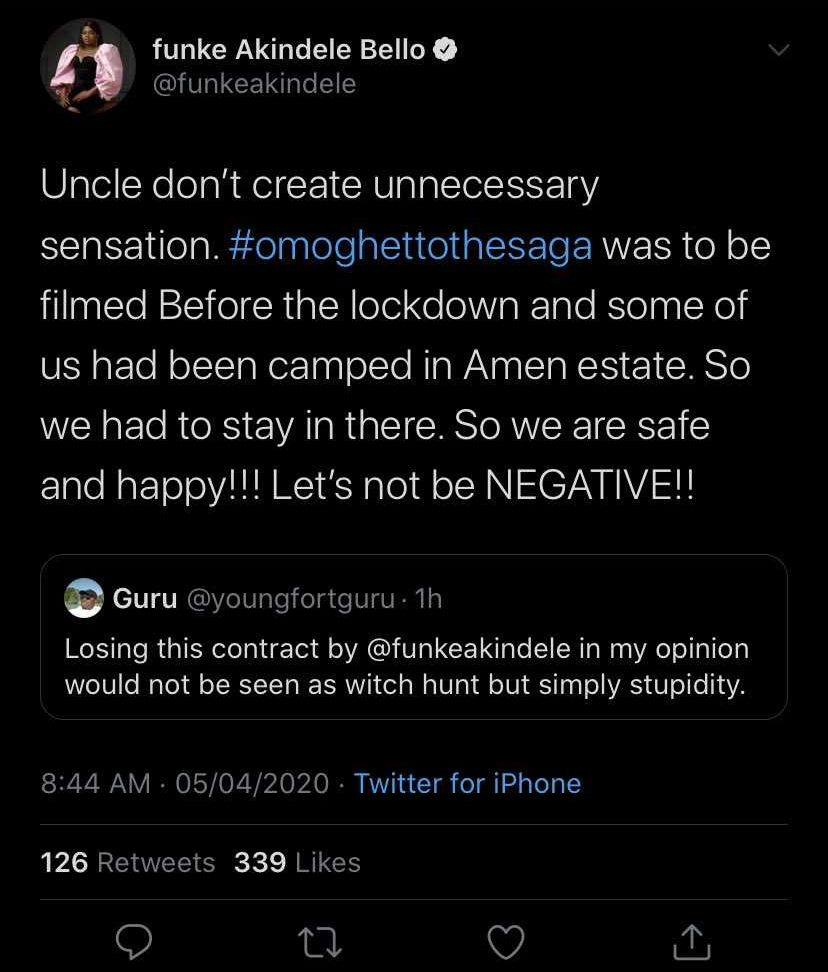 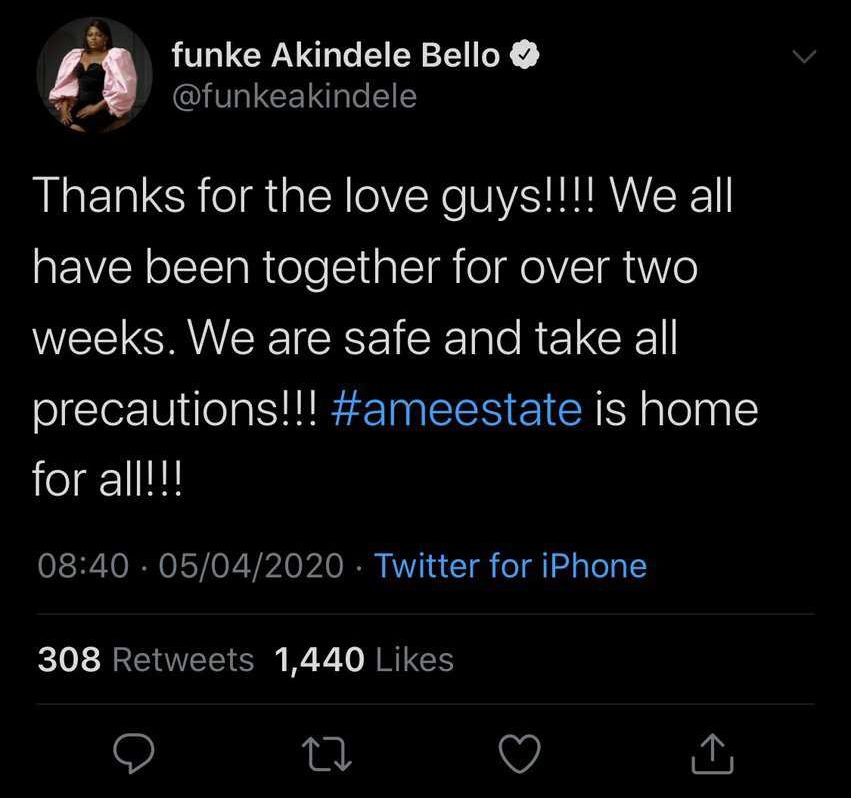 Well, many angry Nigerians are not backing down, they are calling for the arrest of the actress and her husband for their “thoughtlessness.”

Some of us said it was wrong to use Funke Akindele in that NCDC video, una say no, people look up to her, I hope you know the party she organized yesterday sent a message to those people who “look up to her” that Coronavirus is not that serious?

What Funke Akindele and the husband did was highly irresponsible, I expected both of them to know better. How can you organize a house party with so many people in attendance at this time when social distancing is very important. It’s disappointing really

Sidney pranked us, he got away with it. If the government doesn’t arrest everyone that attended that Funke Akindele’s house party, Maybe everyone should just go back to their normal lives and let the virus kill all of us 🤷🏾‍♂️🤷🏾‍♂️🤷🏾‍♂️

Even if Funke Akindele and her husband doesn’t care about themselves, they should do it for their Twins. Their Survival depends on their parents using their heads.

I don’t even touch people in my house anymore, talk more of Strangers. Highly disappointing

Jack Grealish was fined £150,000 for going to a friends house during UK lockdown.

But you're angry because people are calling out Funke Akindele's irresponsibility.

I'm here to tell you that you're mad.

Funke Akindele outrightly deserves to be dragged, and if you’re tweeting in her defense you should be dragged too

So, aunty Funke Akindele said; they all have been together for over 2 weeks.

That is to say; she kept Naira Marley, Eniola Badmus, Martin Feelz and the rest under her roof for 2 weeks prior her birthday.

Ride on Ambassador! We believe you😂🤡

Funke Akindele’s excuse is stupid, it is silly and is actually a shameful lie.

So Naira Marley has been living in your house for 14 days? That restless Naira Marley? Really?

And even if it were true
Why are people in your house for 14 days? Is it a Coronavirus isolation centre?

"Funke Akindele disappointed me, i expected more from her…"

Why are u expecting more from her?

For the umpteenth time, entertainers are not automatically role models.

People getting disappointed when these entertainers don't meet up to these standards is amusing.

It’s actually disappointing when we see educated people act like illiterates.
Imagine a NCDC ambassador who is aware of what’s right and still doing the opposite
Even if you don’t care about your own health, what about those that attended the party? Funke Akindele messed up mehn.

What impression does Funke Akindele leave to those who look up to her after that House party? Not to even talk about her being an ambassador for NCDC.

Seeing Naira Marley there with his boys, Eniola Badmus too?? Missing just one birthday in a lifetime won’t kill you!!!

Nigerians even cancelled their church an mosque programmes.

But Funke Akindele threw a houseparty.

I don’t blame her alone.
That party was an AGM of idiots.

Yet, Funke Akindele Invited Eniola Badmus and Naira Marley who returned from the UK into her house, as if that wasn't enough, she threw a full house party.

This level of recklessness is insane!

Funke Akindele and her husband are certified idiots.

This is beyond unreasonable, it's disgusting. 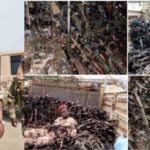