The President of Chad, Idriss Déby on Saturday claimed victory of the terrorist group, Boko Haram saying their bases have been completely destroyed.

Chad destroyed five bases of the Boko Haram in response to an attack on a military base on March 23 that killed 98 Chadian soldiers.

Deby said last month that the soldiers were attacked on the island village of Boma in the swampy Lake Chad zone in the west of the country.

The village is an area where soldiers from Chad, Nigeria and Niger often camp to fight the Islamist militants.

“I went down this morning (Saturday) to Kaiga-Kindjinria. No element of Boko haram is present in the islands of Lake Chad. Congratulations to our Defense and Security Forces who have cleaned up the entire island area.”

The Chadian president said the “Operation Boma Wrath” against the terror group would continue without pause.

Since Boko Haram launched its bloody insurgency in 2009 in northeastern Nigeria more than 30,000 people have been killed and nearly 3 million displaced.

Boko Haram’s activities have extended beyond Nigeria to other countries within the Lake Chad Basin covering Niger, Chad and Cameroon.

These countries, especially Nigeria continues to struggle to completely defeat the terror group and often suffer deadly attacks from the group.

The recent victory by the Chadian soldiers led by President Debby has ignited a lot of reactions from Nigerians.

But see the stash of arms Chad just recovered from the Boko Haram.

Chad has a LEADER. Leadership Nigeria has lacked in 5yrs! pic.twitter.com/SdKjuY9vQ2

It's not about size, it's about willingness and competence.

NIGERIA IS BECOMING A BABY GIANT OF AFRICA; A SELF-DELUDED MIDGET.

Chad Annual Budget 2020 is $2Bn.
Nigeria Allocation for Ministry of Defence is $2.41Bn.

You know what that means? The allocation for Defence in Nigeria is more than Annual Budget of Chad, that bursted Boko Haram's arsenal in 72hrs.

Boko Haram is a booming business in Nigeria.

War is business and in business people make profit.

Again I ask, who are the people profiting from this multi-billion Naria Boko Haram insurgency in Nigeria 🇳🇬? Is this an ORGANISED RACKET?

Why is Chad 🇹🇩 finishing Boko Haram and Nigeria 🇳🇬 is struggling to finish them off? https://t.co/zRN4n1HYwp

The Chadians are hitting Boko Haram hard. It is a blitzkrieg.
But, what's stopping Bubu and Buratai to go on the offensive as well on this side of the border and ring them into the fire? No, their boys want to f**k our wives and pass HIV to them!

The Chadian President, General Idriss Déby, led his troops against Boko Haram. And what a massive victory for them. As a soldier, imagine the amount of morale that will be coursing through your veins fighting alongside your president. Nigerian government should do better. pic.twitter.com/hvcLJaB7LG

#ChadVsBokoHaram
"I can assure Chadians, the entire zone that border with Niger, Nigeria & Cameroon is now under control, not even a single Boko Haram Terrorist.

We taught them a lesson they will never forget, those of them alive.

Chadian army captured this top BH commander in a bunker

Chadian Pres led the charge against Boko Haram himself, even as COVID19 ravages on. But Buhari has hidden in his cocoon in 5yrs

Chief Ojokwu Bot will soon tell you why this top commander has to be rehabilitated & released! pic.twitter.com/BaShiJKQx2

Nigeria and Chad Soldiers are hitting hard on Boko Haram while Covid-19 is dealing with their sponsors.

Nigeria Military arrested a Boko Haram rookie, some said we should be jubilating. How about Chad Military led by their president Idris Debby that bursted BH arsenal?

Where is General Buhari?

The truth is, a military force is as powerful as what they have in their arsenal. pic.twitter.com/MbbaOXBAPl 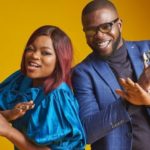