Lagos State House of Assembly has proposed a bill mandating operators of lottery, pools and betting companies to pay N20 million license fee before they would be granted permission to set up their establishments in the state. 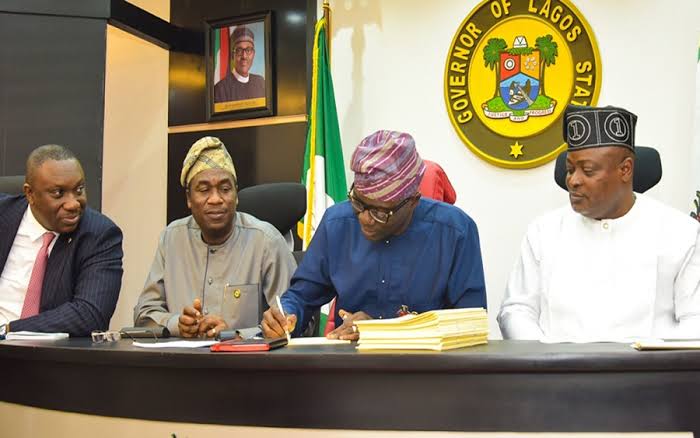 The Bill, entitled; “Lagos State Lotteries and Gaming Authority Bill Arrangement Of Sections” went through a public hearing at the Assembly on Friday, August 14, 2020.

According to the Bill, “before a license is granted to an operator, the Authority shall be satisfied that the applicant is a registered company in Nigeria with a minimum share capital of N20,000,000 (Twenty Million Naira) or as may be directed by the Authority.”

It also specified that the local content shareholder shall abide by the regulations, policies, terms and conditions issued by the Authority.

The Speaker of the House, Mr Mudashiru Obasa, who was represented by the Deputy Speaker, Mr Wasiu Sanni-Eshinlokun, said in his keynote address that the legislative functions and the legislature is the bedrock of democracy.

“For us to achieve the essence of democracy, the legislature must be in tune with the people. This underscores the essence of the public hearing. The worldwide gaming is worth $200 Billion. Several Nigerians are involved in games and sports bettings.

“Its addictive nature calls for caution, and it is our view that the 2008 lottery law needs an amendment as the bulk of the game are done on mobile gadgets,” he said.

The state’s Commissioner for Finance, Dr Rabiu Olowo, said in his comments that a lot has changed in the Nigerian gaming sector in the last 10 years and that most of the people involved are youths.

“The future of gaming in Nigeria is bright. The regulations are very robust. The Bill addresses cybersecurity and addresses the concerns of many people. I want to urge all stakeholders to take it seriously,” he said.

The Chairman of the House Committee on Finance, Mr Rotimi Olowo, said in an interview that he was moved by the response of the stakeholders and the operators that attended the event.

Olowo, representing Shomolu Constituency 1, added that the bill was meant to consolidate, gaming and virtual lottery in the state.

“We have different licenses for individual products in the sector. The people have ventilated their opinions and we will work on them.

“They are talking about the service charge of 3%, and they say it is small, but the sector is huge. We are not talking about digging into their data, but they should give us correct data,” he said.

In his remarks, Sanai Agunbiade, the house majority leader, said the bill, which has 109 sections with three regulations, is meant to establish the Lagos state lottery and gaming authority and regulate all gaming activities.

In Other News: Thousands of beggars on Tuesday laid siege to the entrance of the Lagos State House of Assembly and the Governor’s Office to protest undue harassment and arrest by officials of the state government.

The beggars, who stormed the seat of power in the state with over 10 buses and seven tricycles barricaded the entrance to the Assembly and demanded that Governor Babajide Sanwo-Olu addressed them. 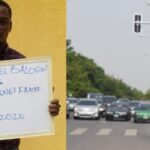 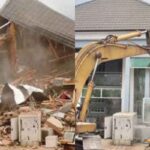