Lagos State Government has reportedly lost at least N234 million to the closure of tollgates by Nigerian youths protesting against the extrajudicial activities of the now-defunct Special Anti-Robbery Squad (SARS) in the state. 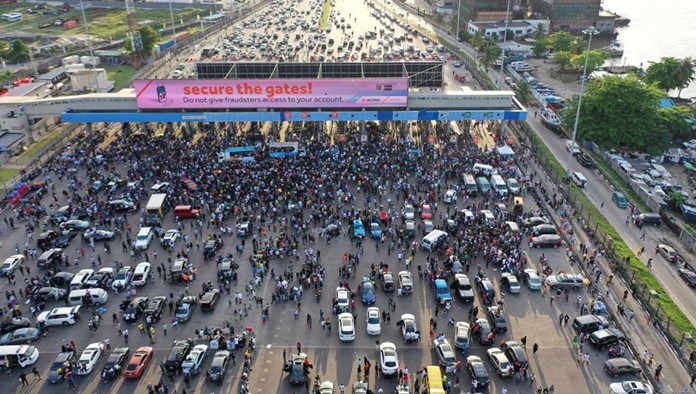 KanyiDaily had reported how #EndSARS protesters blocked the Lekki Toll Gate section of the Lekki-Epe Expressway, causing a heavy gridlock in the area as commuters and motorists were on standstill.

Speaking with Punch, a Lagos State commissioner, who wished to remain anonymous, said Lagos have lost N234m to the closure of tollgates as the #EndSARS protests on the Island enters its 9th day.

The figure was obtained from the daily and monthly targets set for the tollgates by the government, which owns the tollgates, which are being managed by the Lekki Concession Company.

The commissioner said the Lekki-Ikoyi Link Bridge was not expected to generate less than N300m monthly, while the Admiralty Circle Plaza generates about N500m monthly.

“At least 80,000 cars use the tollgates every day. The figure could be higher or lower depending on the day of the week. However, since the protests started, the Lekki tollgate has been completely shut, while the Ikoyi one has been left permanently open for people to use without payment,” he said.

Heavy-duty trucks/buses with two or more heavy axles pay N1,000 at the Admiralty Circle Plaza on the Lekki-Epe Expressway, according to the LCC.

KanyiDaily had also reported how a truck belonging to Power Holding Corporation of Nigeria (PHCN) rammed into #EndSARS Protesters, destroying their cars at Lekki toll Gate. 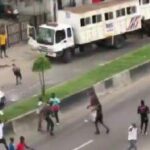 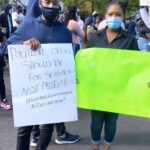