A Kwara State High Court sitting in Ilorin, has sentenced a man, Kolade Emmanuel Balogun, to control traffic for three months, having been found guilty of committing Internet fraud. 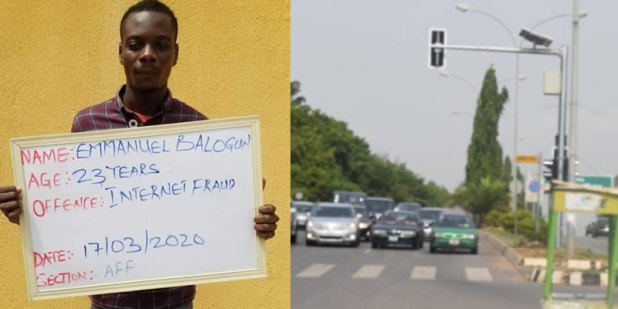 This is coming following his arraignment by the the Economic and Financial Crimes Commission (EFCC) for internet fraud and fraud related offences.

The EFCC had on Thursday slammed a one-count charge on Balogun, alleging that he fraudulently committed an offence by presenting himself as a white man named Mr William Davis, alias Behemooth, to an unsuspected white woman on a dating site, SeekingArrangement.

The charge read, “That you, Kolade Balogun (aka William Davis, alias Behemooth), sometime in March 2020 or thereabout, at Ilorin, Kwara State, within the jurisdiction of this honourable court, attempted to commit an offence of cheating by personation by pretending and representing yourself to be a white man called William Davis, alias Behemooth, to an unsuspecting white woman on a dating site….”

The offence, according to the prosecution, was contrary to and punishable under Section 95 of the Penal Code Law of Northern Nigeria.

When the charge was read to Balogun in court, he pleaded guilty. The prosecuting counsel, Aliyu Adebayo, in his submission, asked the court to convict the defendant based on his plea, proof of evidence and exhibits tendered before the court.

However, the defence counsel, Rotimi Oyagbola, urged the presiding judge to temper justice with mercy, arguing that his client was a first-time offender.

Delivering his judgment on Friday, Justice Sikiru Oyinloye said the prosecution had proved its case beyond a reasonable doubt, considering the unchallenged testimonies of the prosecution witness.

The judge said the convict should pay a fine of N50,000 and to also control traffic at the junction behind the Kwara State Ministry of Physical Planning for three months commencing from August 17 to October 17, 2020.

He also ordered that the convict’s items, including phones and laptops recovered from him, be forfeited to the Federal Government. 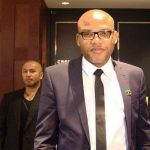 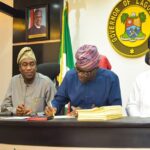