The senator representing Rivers East senatorial district, Magnus Abe, has claimed that the Minister of Transport, Rotimi Amaechi, threatened him in his own house that there would be consequences if he(Abe) run for the state’s guber election.

Magnus Abe made this allegation during an interview on Arise News on Thursday, January 2, 2018.

Reacting to the claim that Amaechi was in his house to plead with him to drop his gubernatorial ambition and accept a senatorial ticket, Abe said this was not the true position. He said:

“As at the time the minister came to my house, nobody was running for governorship. So, the issue of him offering me a senatorial seat did not even arise and it was never discussed.

“The minister did come to my house, but what he did was to order me not to even think about it, saying that if I try it, this and that will be the consequence. So it is not true that the minister came to my house to plead with me.

“The day he came to house, we were together all day. But he said he came to my house because he wanted to warn me and to let my wife be aware that I should not try to run for governor. I thought that was not right or necessary.”

Abe also accused Amaechi of trying to play god in the way he imposed Mr. Tonye Cole as the governorship candidate of the All Progressives Congress (APC) in Rivers state. 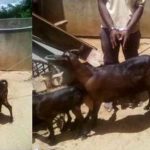 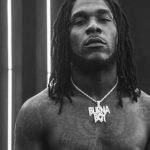