A federal magistrate in New York has rejected the bail application of Abidemi Rufai, an aide to Ogun State Governor, Dapo Abiodun, who was arrested in the United States for an alleged $350,000 (about N140 million) COVID-19 unemployment fraud. 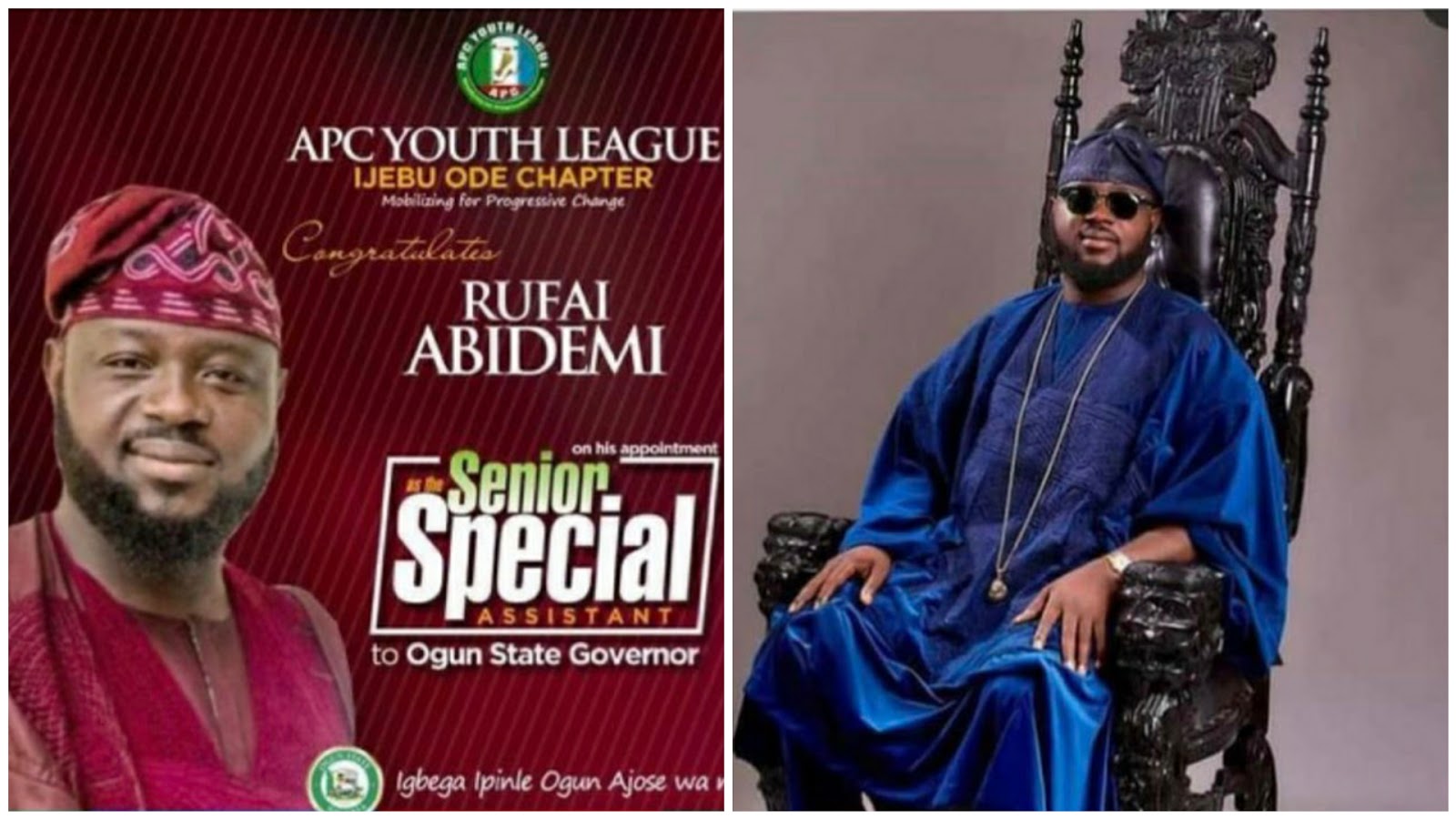 The 42-year-old Nigerian who also goes by the name ‘Sandy Tang of Lekki’ was arrested by the FBI on Friday at John F. Kennedy International Airport in New York before boarding a flight to Amsterdam.

Rufai made his initial appearance last Saturday in a federal court on charges that he used the identities of more than 100 Washington residents to steal more than $350,000 in unemployment benefits from the ESD during the COVID-19 pandemic last year.

During his detention trial on Wednesday, Rufai asked a federal court to release him to the custody of his brother, Alaba Rufai, who is an attorney in New York.

READ:  "If A Woman Wrongly Accuses You Of Rαpe, Shut Up And Accept It" - Canadian Activist Tells Men

But Rufai’s brother told the court on Wednesday morning that he could not afford the $300,000 surety bond for his bail, said Mr Rufai’s lawyer, Michael Barrows of Garden City, New York.

As a result, Magistrate Judge Ramon Reyes ordered Rufai to be detained and taken to the Western District of Washington, according to Seattle Times, which also quoted Barrows saying that he would be “seeking alternative surety” and re-apply for Rufai’s bail.

Also, a spokesperson for the US Attorney’s Office in Seattle said, “We’re pleased that the defendant is being detained and will be transported to the Western District of Washington for future court proceedings.”

KanyiDaioy recalls that Governor Dapo Abiodun has suspended Abidemi Rufai, saying that the news of his involvement in fraud was disturbing.