Ogun State Governor, Dapo Abiodun, has suspended his aide, Abidemi Rufai, who was arrested in the United States for an alleged $350,000 (about N140 million) COVID-19 unemployment fraud. 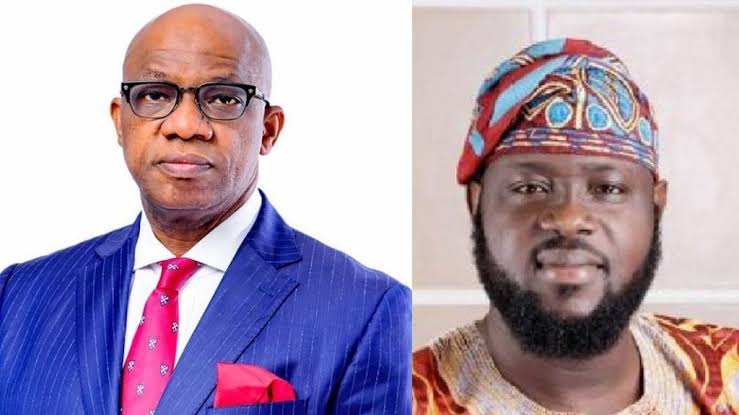 The 42-year-old Nigerian who also goes by the name ‘Sandy Tang of Lekki’ was arrested by the FBI on Friday at John F. Kennedy International Airport in New York before boarding a flight to Amsterdam.

Rufai appeared in federal court Saturday on charges that he used the identities of more than 100 Washington residents to steal more than $350,000 in unemployment benefits from the ESD during the COVID-19 pandemic last year.

The suspect, a Senior Special Assistant to Governor Abiodun, is scheduled for a detention trial on Wednesday. The case will be prosecuted in federal court in Tacoma.

READ:  Kano Government Says It Will To Rely On 'Verbal Autopsy' To Determine Cause Of Mysterious Deaths

Reacting in a statement by his Chief Press Secretary, Kunle Somorin, Governor Abiodun said the news of his aide’s involvement in fraud was disturbing.

“The Ogun State governor, Prince Dapo Abiodun, has received the very disturbing news of the arrest of one of his political appointees, Mr Abidemi Rufai, in New York over alleged unemployment benefits fraud in the United States.

“In view of the gravity of these allegations, the Governor has ordered the immediate suspension of the accused appointee.

“The Governor wishes to restate his commitment to an open, transparent, accountable and morally upright Administration and will not condone any act bordering on criminality by anyone,” the statement reads.

KanyiDaily had also reported how two Nigerians, Timilehin Olasemo and David Akinneye, were jailed for fraudulently claiming about £500,000 in loan meant for businesses affected by the Covid-19 pandemic in the United Kingdom.

READ:  Groom Warns MC To Stop Telling Him To Dance With His 'Sad Bride' At Their Wedding [Video]