The Benue State University (BSU) in Makurdi, has been shut down indefinitely following a protest by students of the institution over the introduction of a 4-points CGPA grading system.

Pandemonium had broke out in the early hours of the day after students besieged the gates of the University preventing human and vehicular movement into and from the school premises, leaving both staff and students who came for their morning duties stranded. 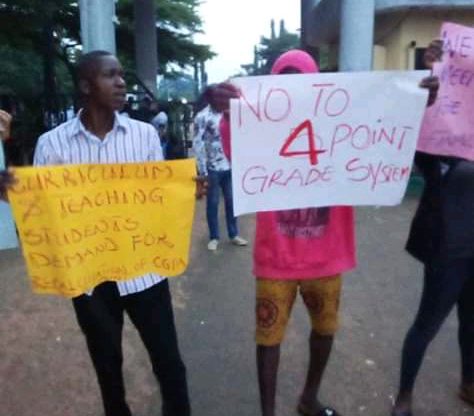 Some students who spoke with newsmen on the condition of anonymity said that the protest was necessary due to BSU management’s refusal to revert to the 5-point CGPA grading system as directed by the Nigerian Universities Commission (NUC).

“Most universities have adhered to the NUC’s directive and reverted to the 5-point grading. It is only BSU and a few other universities that have remained adamant, even after several negotiations between management and students leaders.

“We want the Vice Chancellor Prof. Moses Kembe (not his representative) to come out himself and address us on this issue, because we’re not ready to stand down this peaceful protest,” the students said.

The management of the institution, while announcing the closure on Monday, in a statement signed by its Registrar, Dr. Mrs. Mfaga Modom, said the decision was because of the closure of entry gates of the university by the students on Monday morning.

“Following the closure of all the university entry gates by students on Monday, 2nd September, 2019 despite all entreaties by the University Management, the Vice-Chancellor/Chairman of Senate on behalf of the Senate of the Benue State University, Makurdi has approved the closure of the University with immediate effect”, the statement said.

Though the cause of the students’ action was not known to this newspaper, but the management said its swift decision to shut down the university, was “to avoid further breakdown of law and order in and around the University campus”. 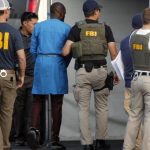 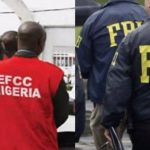