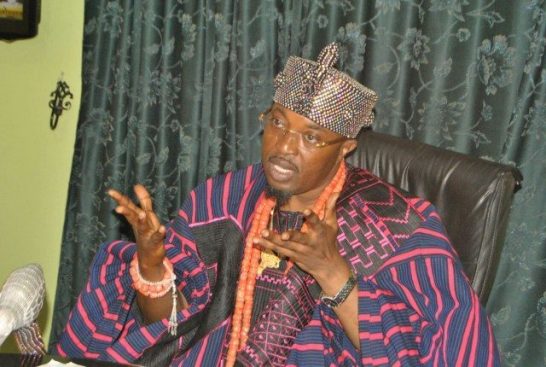 The Oluwo of Iwo, Oba Abdulrosheed Adewale Akanbi, on Tuesday, said he would lead a national protest against ritual killings and corruption in Nigeria.

In a statement by issued his press secretary, Alli Ibraheem, on Tuesday, 20th August 2019, Oluwo lamented government’s inability to tackle the menace of ritual killings, saying it was deadlier than kidnapping.

He stated protection of lives is the primary responsibility of the government, noting such can be credited until ritual killings is checkmated by the present administration. Oluwo said:

“I am not happy with the neglect of my outcry on the daily killings of my sons and daughters by ritualists. These people are deadlier than Bokoharam and kidnappers.

“I will lead thousands of Nigerians with like minds on national protest against human ritualists and corrupt individuals.”

“Right now as I’m talking, evil men are somewhere killing humans for rituals in the name of money and promotion. No culture accepts human beings as sacrifice.

“Killers should be killed. Killing is not a forgivable offence. If the federal government refuses, I’ll declare an open traditional war against ritualists and front a national protest.

“Those in the government are not seeing what we see. Ritual killings are prevalent in the southwest and southeast.  I want to state it clearly here that killing humans for rituals is not Yoruba culture. It is alien to our culture. Yoruba culture is pure, clean and attractive.”