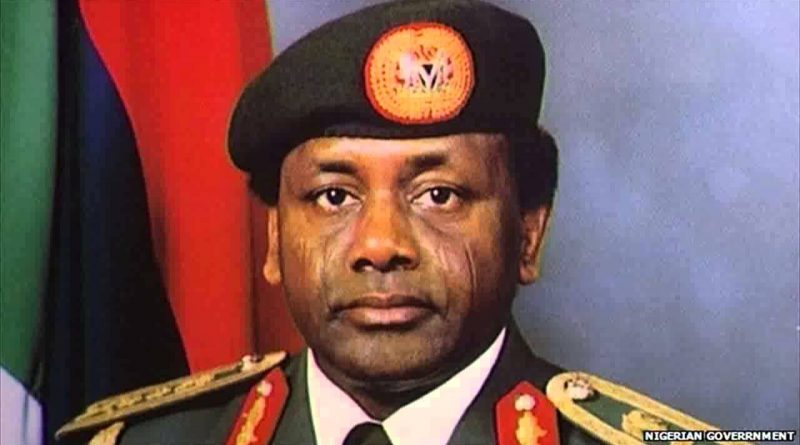 The sum of £211,000,000 (N81.9bn) that was seized from a Jersey bank account that belonged to a former Nigerian dictator, General Sani Abacha, will be shared between the United States, Nigeria and Jersey.

Abacha laundered money through the US into the Channel Islands and now that money has been recovered. The money was put in accounts held in Jersey by Doraville Properties Corporation, a British Virgin Islands company.

After a five-year legal wrangle, the money has now been recovered and it’s currently being held by the government until authorities in Jersey, the US and Nigeria come to an agreement on how it should be distributed.

It is not yet clear how much money will be kept by each government.

Jersey’s Law Officers Department declined to comment on the final distribution of the funds because it could “prejudice ongoing discussions”.

Jersey’s government said it had approached the US in 2007 to request legal proceedings begin in US courts over the laundered funds.

The US Department of Justice itself has forfeited millions of dollars of money back to Nigeria, ruling Mr Abacha and associates laundered funds through the US banking industry.

Following an “extensive” collection of evidence in a variety of international jurisdictions, the funds were frozen by the Royal Court in 2014 and finally paid into the Civil Asset Recovery Fund on 31 May.

The money is just a fraction of the billions of dollars that were allegedly stolen and laundered during the presidency of Mr Abacha.

“Atiku Will Defeat Buhari At Tribunal, If What I’m Saying Fails, I Will…..” – Popular Herbalist Predicts

Man Insists Pregnant Wife Must Deliver At Home, Locks Her Up & Watched Her Bleed To Death [Video]