The leader of the dreaded Boko Haram terrorist group, Abubakar Shekau has reportedly been killed by members of Islamic State of West Africa Province (ISWAP) during a fierce battle in Sambisa Forest. 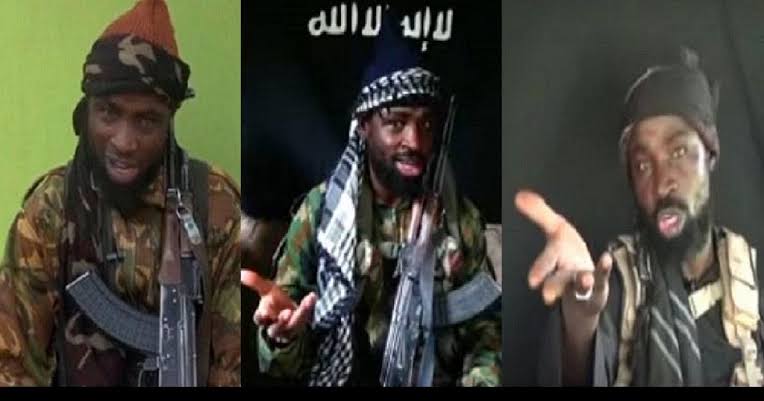 Other Sources said Shekau was not killed by ISWAP, but blew himself up and committed suicide when the splinter rival group attempted to capture him alive during a gun duel.

A security report obtained by Vanguard said: “Unconfirmed source reported that the leader of JAS Abubakar shekau was dethroned and killed by ISWAP and they have taken over the entire sambisa forest.

“With these development ISWAP are more equipped and funded than JAS. So their mode of operation will change, and there is likely going to experience frequent attacks around Konduga, Bama, Gwoza, Biu LGA’S and part of Adamawa.

“All humanitarians around the axis should be security conscious and be very vigilant.”

Although there was no official statement or confirmation on the death of the most wanted terrorist leader, by Nigerian security forces, a lot of people took to their social media platforms celebrating Shekau’s death on Thursday morning.

We may have heard and seen the last of SHEKAU 🙏🏽

They say you are dead.
Rest in pieces!
If you come back again, God punish you!
Shekau pic.twitter.com/DHqIRYyqpC

Hearing some news from some quarters that Shekau is dead. Killed by ISWAP.

The End of Era. He who lives by the sword dies by the sword. May His wicked soul rot in the deepest part of hell. Meanwhile the fierce battle has just begun… #SheKau

AS WAR BROKE OUT IN SAMBISA

A rival terrorist group known as ISWAP which broke out from Boko H has been in a serious gun duel with Abubakar Shakau team.

Abubakar Shekau has reportedly been killed like 4 times before. We want to see his dead body, before he wakes up and makes a crazy video taunting the country and our Army again in 2 weeks. If indeed he is dead, may his soul rot in hell.

If shekau was truly killed, it is great news but you know what would be more satisfying though, him being captured and dragged through every village, city and town him and his terrorist underlings have destroyed in the course of this insurgency then shot on live TV

I pray this news coming out of Shekau’s death is real mehn!

They said ISWAP fighters stormed Sambisa forest, attacked Boko Haram and Abubakar Shekau whereabout still unknown.
Some are saying Shekau is dead, but until we see his dead body, I think nobody should rejoice over this, because Shekau don die like 9 times in the news before now.

KanyiDaily recalls that the Boko Haram leader, Abubakar Shekau had recently claimed that he cannot be arrested by the Nigerian Army because he was doing the work of God and ‘He will protect him’.