The leader of All Progressives Congress (APC) in Rivers State and the South-south zone, Rotimi Amaechi has declared his support for the governorship candidate of the African Action Congress (AAC), Awara Biokpomabo.

Amaechi made this declaration Wednesday morning in Eleme, Eleme LGA of Rivers state, while addressing APC’s members and supporters, ahead of the March 9 polls. He urged members of APC and supporters of the party in Rivers to massively vote on Saturday for Biokpomabo, a riverine man from Kula-Kalabari in Akuku-Toru Local Government Area of the state.

He noted that although the main opposition APC in Rivers was still in court over the non-inclusion of the party’s standard bearer, Pastor Tonye Cole, an indigene of Abonnema-Kalabari in Akuku-Toru LGA, on the ballot.

Amaechi stressed that it was pertinent to adopt the candidate of AAC, considering the closeness of the governorship and House of Assembly elections. He said:

“This morning, the leadership of the party met and agreed that we would work with a party called African Action Congress (AAC), while we are still in court to reclaim our mandate.

“So, on Saturday (March 9), we will vote for AAC. You must go home and vote for AAC. There should be no excuse not to vote, because there will be security for everybody. You must prepare and make sure you win the governorship election.”

The transportation minister also enjoined Rivers people to massively vote for the AAC’s candidate, stressing that there were numerous benefits they would derive from the government. He said:

“The moment the governorship election is won by AAC’s candidate this Saturday and the new governor is inaugurated on May 29, 2019, by June this year; there will be local government’s chairmanship and councillorship elections.

“So, you should all go out and vote and make sure that you are not rigged out.”

The transportation minister was, however, silent on who APC members in Rivers should vote for in the House of Assembly poll, but an ally of Amaechi, who spoke in confidence, disclosed that AAC did not have candidates for House of Assembly election. 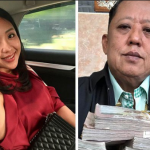 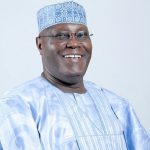