The award-winning actress died peacefully at her home surrounded by family following a cancer battle on Thursday morning.

Diana’s daughter, Rachael Stirling also confirmed her mother died peacefully in her sleep after she was diagnosed with cancer in March.

“My Beloved Ma died peacefully in her sleep early this morning, at home, surrounded by family,” Rachael explained.

“She died of cancer diagnosed in March, and spent her last months joyfully reflecting on her extraordinary life, full of love, laughter and a deep pride in her profession. I will miss her beyond words.”

Diana’s agent also confirmed in a statement that the legendary actress passed away this morning surrounded by family.

“It is with tremendous sadness that we announce that Dame Diana Rigg died peacefully early this morning,” he said in the statement.

“She was at home with her family who have asked for privacy at this difficult time. Dame Diana was an icon of theatre, film, and television.

“She was the recipient of Bafta, Emmy, Tony and Evening Standard Awards for her work on stage and screen.

“Dame Diana was a much loved and admired member of her profession, a force of nature who loved her work and her fellow actors. She will be greatly missed.”

Tributes have poured in on social media platforms for the 82-year-old actress, whose television and film career many spanned decades.

RIP Diana Rigg, who has passed away aged 82. And now her watch has ended 😢 pic.twitter.com/GzHmF1SILV

"We are very sad to hear of the passing of Dame Diana Rigg, the legendary stage and screen actress who was much beloved by Bond fans for her memorable performance as Tracy di Vicenzo in On Her Majesty’s Secret Service, the only woman to have married James Bond." pic.twitter.com/nqQCSg35oM

Diana Rigg, best known for starring in 'The Avengers' and for her Emmy-nominated role as Olenna Tyrell on 'Game of Thrones,' has passed away. Rest in Peace. pic.twitter.com/RQsEECGhMz

For a girl in the 1960’s, Diana Rigg was the embodiment of power and allure. To see her on stage in Medea 30 years later was sheer terror. And the icing was Game of Thrones. She outplayed them all. A great grand actor. 🖤 pic.twitter.com/9XjCQh1qmi

Diana Rigg, who starred in ‘On Her Majesty’s Secret Service’, ‘The Avengers’ and ‘Game of Thrones’ has sadly passed away at 82 from cancer. pic.twitter.com/8OCZLgoi63

Diana Rigg was so gangster. Went from a Bond Girl in the 70's to being the most badass chick on Game of Thrones as Olenna Tyrell at the end of her career/life. Thats a hell of a run. RIP pic.twitter.com/Hy9InpCF5F

RIP to the beautiful, legendary, talented Diana Rigg. Olena Tyrell will always be so iconic. pic.twitter.com/IMeqdKcOW7

Rest in Peace to the legendary Diana Rigg.

One of her final iconic roles was, of course, as Olenna Tyrell in 'Game of Thrones', where she delivered one of the most ruthless lines in a series full of them.

"Tell Cersei. I want her to know it was me."pic.twitter.com/R1xw5wAIMK

"I’ve known a great many clever men. I’ve outlived them all. You know why? I ignored them."

Dame Diana Rigg was an absolute legend. The way she portrayed Lady Olenna Tyrell was truly iconic. She didn’t play a queen, she was one pic.twitter.com/pAmhj5sUo0

"I wonder if you're the worst person I've ever met. At a certain age, it's hard to recall. But the truly vile do stand out through the years."

– Olenna Tyrell aka The One and Only Dame Enid Diana Elizabeth Rigg. #RIP #DianaRigg pic.twitter.com/sqIA7G8UPu

I know five minutes in some reality TV crap qualifies you as an "icon" these days. But Diana Rigg really was one. My she rest in peace. pic.twitter.com/PYPM1bhoVo

READ:  17-Year-Old Girl Arrested For Turning Down Sexual Demand Of Man Who Dashed Her N17,500 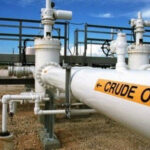 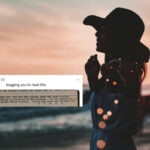