Peoples Democratic Party (PDP) presidential candidate, Alhaji Atiku Abubakar’s choice of former Anambra State governor Peter Obi as a running mate for the 2019 election is causing bad blood between him and the Southeast political leaders. They are accusing him breaking some pre-convention agreements reached with him.

The alleged agreements include consultation with Southeast leaders on how to pick vice presidential candidate; Consensus on other positions conceded to the zone; Finding a meeting point with the zone on Atiku’s idea of restructuring; Need to spend one term in office and concede power to the Southeast in 2023; The offer of the VP slot to Ekweremadu (Right of First Refusal) before any other candidate.

Atiku had also allegedly offered Ekweremadu the vice presidential slot a year ago.

Sources said the Deputy Senate President’s response had always been:

“let us get the ticket first. I am interested in the Southeast being in the mainstream of power equation in Nigeria.”

A few days before the convention, Ekweremadu and some Southeast governors shunned all the meetings convened by Wike because majority of the Southeast leaders in PDP were determined to work for Atiku. But within a week of Atiku’s emergence as PDP presidential candidate, he named Obi as a running mate, causing bad blood in some political quarters in the zone.

The first person to accuse Atiku for his action was Ebonyi State Governor David Umahi who said Obi’s choice was made without consultation with leaders of the zone, although he was quick to add that he has nothing personally against Obi.

Sources said the issue has continued to be a source of worry for Atiku in the Southeast.

“All our leaders have no grudges against Obi but they are just unhappy about how Atiku reneged on some of the agreements reached with him especially the essence of carrying stakeholders along,” a well- placed source said yesterday.

“Shortly after he emerged as the PDP candidate, he has stopped consulting Ekweremadu, Southeast governors and leaders.

“The painful thing is that he bowed to pressure from outside the Southeast to pick Obi and he did not care to revert to these leaders and governors on his choice.

“For instance, Ekweremadu (the highest ranking political office holder in the Southeast) was not briefed and has not been briefed till today on why Obi was picked.

“Yet, it was Ekweremadu who coordinated and delivered the block votes from the Southeast to Atiku at the convention.

“The assumption is that if Atiku can treat South-East leaders and governors in this manner as a candidate, what if he becomes the President. It is just a matter of trust. When in need, he offered Ekweremadu the position of running mate. Courtesy demands that he should have also confided in Ekweremadu before choosing Obi.”

Peter Obi himself has ever since launched a mission to stabilize the tension, by moving around the south-east to talk to those that matter.

Ekweremadu, another source confirmed that following pressure from his associates and PDP leaders in the Southeast, he has started weighing options on his next step.

Investigation revealed that the Deputy President of the Senate has to choose between remaining in PDP or defecting to prove a point that he is a force to reckon with.

The third option is to remain in PDP and sabotage Atiku by entering into an alliance with President Muhammadu Buhari on a good deal for the Southeast if he is re-elected. The source said:

“From the look of things, it seems there is a conspiracy within PDP to alienate Ekweremadu.

“Apart from Atiku, the National Chairman of PDP, Prince Uche Secondus has not deemed it fit to call the Deputy President of the Senate on why Ekweremadu was not invited to the meeting where Obi was nominated. Even after the nomination, Secondus has not met with Ekweremadu on the choice of Obi.

“The party and Atiku went ahead to constitute the Presidential Campaign Council without any input from Ekweremadu. This is an insult.

“Some powers that be are angry with Ekweremadu for backing Atiku and the same presidential candidate does not care a hoot about Ekweremadu.

“It is regretful that we all betrayed Wike and now Atiku is abandoning our leaders.”

“With the choice of Obi, Atiku is going about as if he has the South-East in his pocket. Far from it, the scenario may be different during the presidential election.

“Atiku needs to sit down afresh with Ekweremadu and other leaders to win votes from the zone. These are matchmakers in their own right.

“The unfinished business includes the following: Reaching consensus on other posts to concede to the zone; Finding a meeting point with the zone on Atiku’s idea of restructuring; Need to spend one term in office; Ceding power to the Southeast in 2023

“Without definite answers to these demands, Atiku should forget the backing of the Southeast.”

It was also gathered that Senate President Bukola Saraki, who is the Director -General of the PCC, has waded into the complaints of the Southeast leaders. 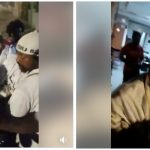 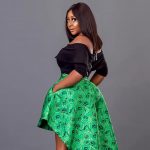