Ini Edo doesn’t like men who date for money, so she thinks some men need to step up in their roles instead of dating a woman for money.

She also thinks attention should be brought to this problem and that has motivated a collaboration with Uche Jombo in a movie reportedly hitting the cinemas in December.

In an article published by The Sun News on Saturday, October 20, 2018, she made sure to point out that not all men are guilty of this.

“Men of these days are not what they used to be. But the issues are not addressed. Nobody is talking about it. That’s why Uche Jombo and I took that up and made it the theme of our new movie.

“They now hustle more to make a living but I can’t say the same thing for men. I’m sorry but that’s the truth.

“For some men, their job is to move around from one woman to another for money. It’s like a full time job for them and nobody is addressing the issue. Don’t get me wrong, not all men do it, but some of them.” 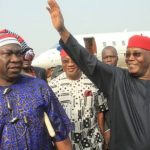 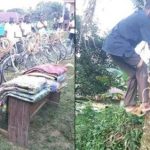