Nigerian music legend, 2Face Idibia has taken to social media to break his silence over the ongoing crisis rocking his marriage with wife, Annie Idibia, and family dispute. 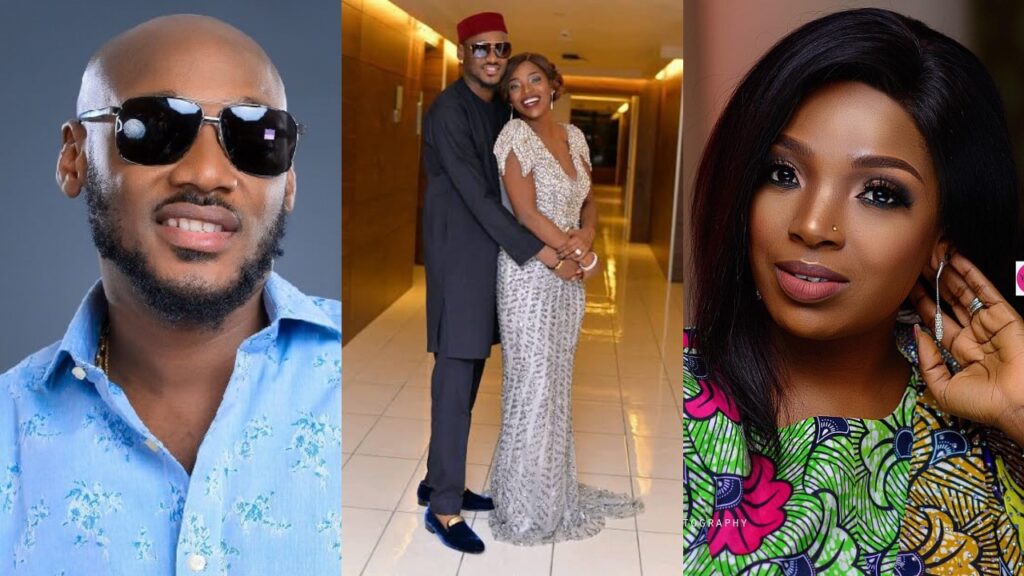 The celebrity couple has been trending on social media after Annie accused 2Face of engaging in extramarital affairs with one of his baby mamas, Pero Adeniyi.

The actress also dragged the Idibia family, saying that they never liked her nor embrace her as their in-law no matter how she tries, despite all the sacrifices she made for the singer and all his children.

Annie’s outburst triggered a heated exchange between her family members and her husband’s siblings which resulted in “wild allegations” last weekend.

In a recent voice note, Annie was also heard threatening to “scatter everything” after she alleged that 2Face sneaked out of Nigeria to America with his cousin, Frank and manager, Efe Omorogbe, without informing her.

Taking to his Instagram page on Wednesday evening, the singer captioned his family and his wife’s family to stop the madness and ceasefire over the recent insults they have traded on social media.

2Face said he will not sit back and watch everybody have a free for all battle in the name of love or solidarity, urging everyone including their families and supporters to respect their privacy and their kids as they deal with the issue internally.

“I admit that bringing our personal issues to social media was not cool but I will not sit back and watch everyone have a free for all battle in the name of love and solidarity.

“None of us is perfect. I will like to urge our families and supporters to stop the madness and the public to please respect our privacy and our kids. Let us deal with our issues internally. I take God beg una,” he said.

READ:  Cuties Of The Day - Baby Penelope and North West

“I Cooked For Drake And Pepper Choked Him While Eating” – Nigerian Singer, Tems