Nollywood actress, Annie Idibia was heard in a leaked voice note threatening her husband Innocent Idibia, popularly known as 2Face, after he sneaked to the United States of America. 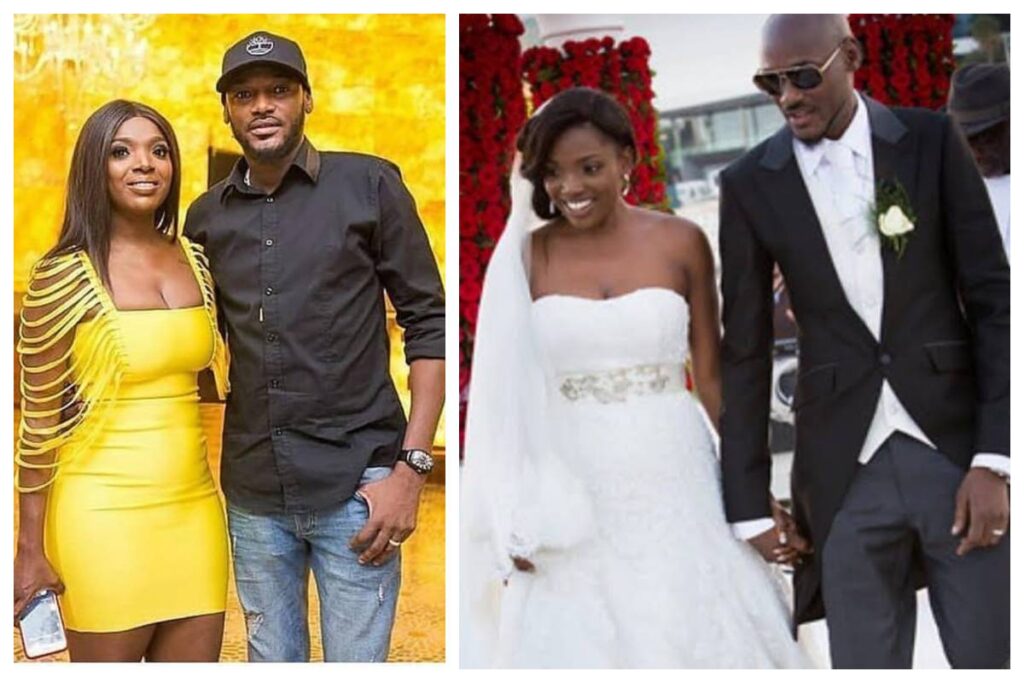 Crisis has been rocking the Idibia family after Annie called out the music legend and accused him of engaging in extramarital affairs with one of his baby mamas, Pero Adeniyi.

2Face apparently sneaked out of Nigeria to America with his cousin, Frank and manager, Efe Omorogbe, and lied to Annie that he was going for a shoot.

Annie, who was angry about her husband’s sudden disappearance was heard in a leaked voice note, crying and threatening to show the world the wrath of an angry woman, vowing that she will scatter everything in 2Face’s house.

The mother of two alleged that her husband was traveling to the US to visit Pero Adeniyi. She also lamented that the Idibia family has frustrated their marriage for the past ten years.

“I am going to scatter everything, nobody knows the wrath of an angry woman. I will ruin everything!! Hello Idibia Family, this is Annie. I was with my husband today, peaceful, nothing happened then my husband told me he has a shoot today, only for him to pack his things and his stup*d cousin, Frankie, helped him plan it. His family does not love me, they hate me, they’ve been giving me hell for 10 fuc**ing years.

“Today, my husband packed his things, he lied to me that he was going to shoot but my husband is on his way to America. It was planned by himself, Efe Omoregbe, and Frankie, all of this behind my back.

“I don’t deserve this, I don’t, I know this is not your business but I can’t call any member of his family. I can’t even call his manager, he will not even take my call because he thinks I’m the reason, he thinks I’m in his way, he thinks I’m his fucki*g way so he, Efe will never take my call.

READ:  Nigerians Are Angry, But Everybody Has To Control Their Anger – Senator Remi Tinubu

Listen to the leaked audio below: