Nigerian Singer, Duncan Mighty has called out Senator Rochas Okorocha on social media, alleging that his life is being threatened for recording a song for the former Imo State governor.

In an open letter shared on his Instagram page, Duncan Mighty said he want to return the money paid to him by Okorocha to recod a song with one of the politician’s boys. He wrote:

“Dear Rochas Okorocha, I am writing to tell you that my life is being threatened because of the money you paid to me to record a song with one of your boys.

“After I recorded the song prior to doing a video, I have been invited by the police and several threats have been issued to my life. Please, I want to return the money to you to avoid further embarrassment to my person,” Duncan Mighty added. 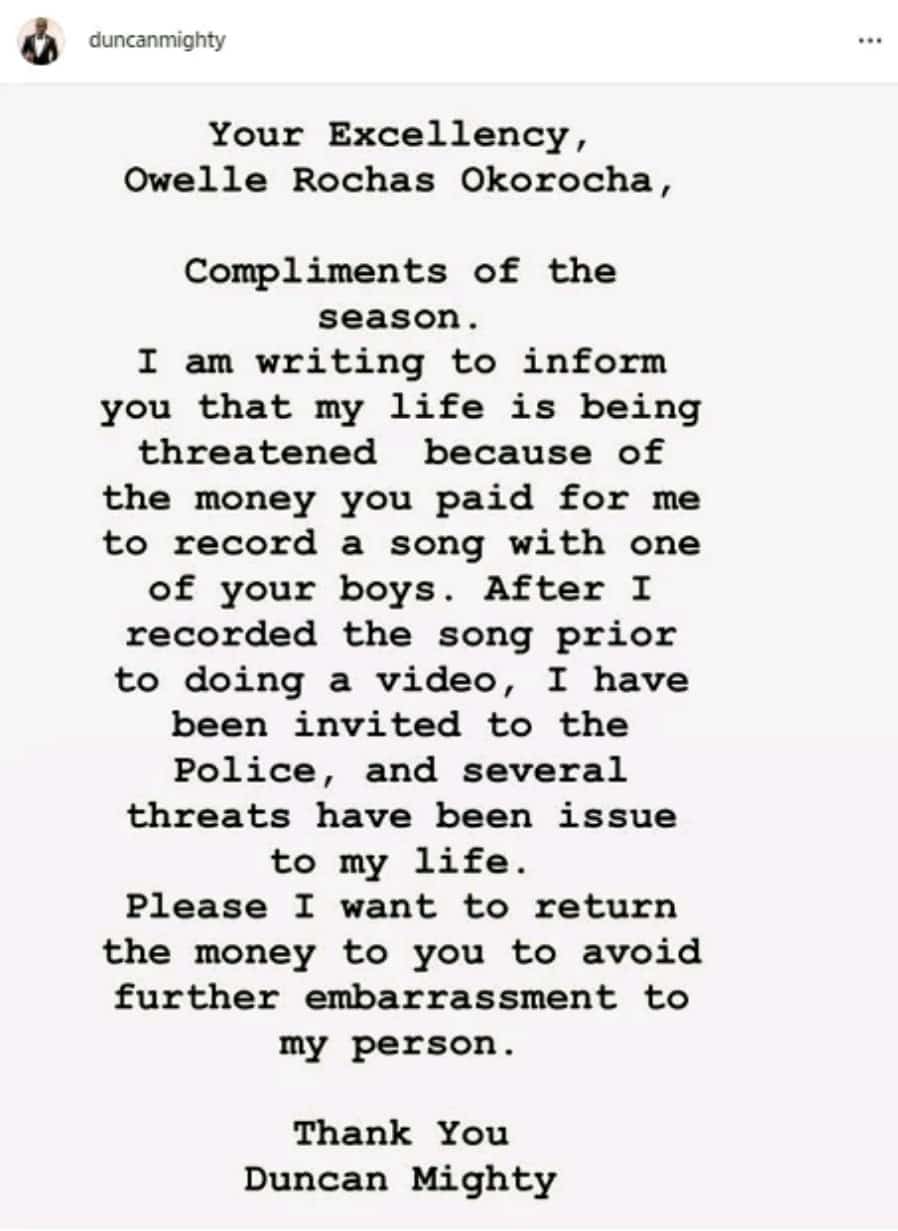 Meanwhile, Duncan Mighty has replied critics who usually bash him about his way of dressing, saying he’s more worried about assisting those in need of help than his fashion sense.

Duncan Mighty told those hating on him about his preference to keep it real with job creation, as he considers that there is a vital way to affect the society as opposed to living the flashy lifestyle of a celebrity. 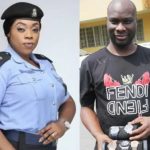 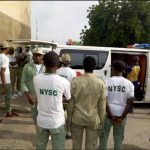