American female rapper, Cardi B has shared a complete naked photo of the first lady of the United States of America, Melania Trump, on her social media page after being slammed by a political correspondent, DeAnna Lorraine. 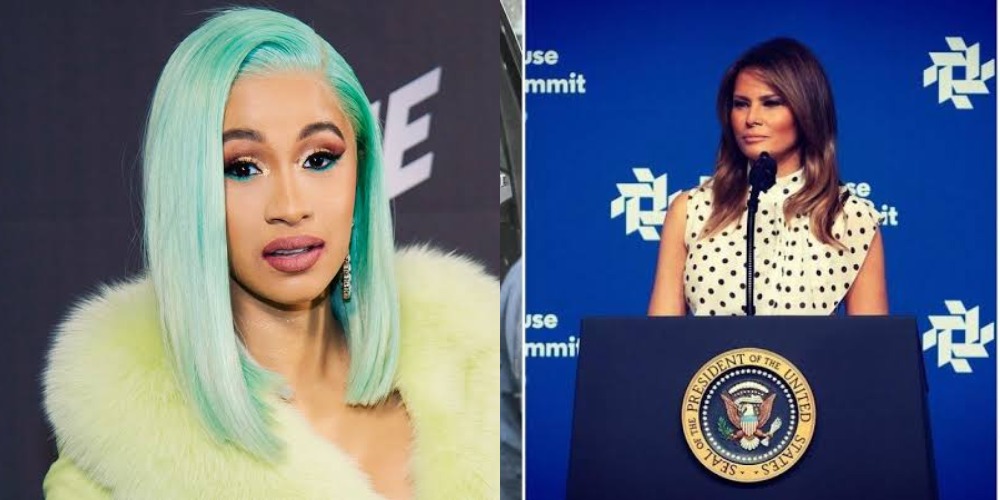 The drama stated after the sitting First Lady gave a speech at the Republican National Convention, endorsing her husband Donald Trump‘s bid for a second term in office.

Reacting to the speech, DeAnna Lorraine seized the moment to use Melania to jab Cardi B, who has been receiving praise and backlash for her raunchy ‘WAP’ music video featuring Megan Thee Stallion.

READ:  "Police Will No Longer Fold Their Hands And Be Killed Like Chickens" - Edo CP, Johnson Kokumo

It didn’t take long before the rapper fired back on Twitter with a seemingly serious question: “Didn’t she used to sell that Wap?”

Didn’t she used to sell that Wap? https://t.co/ahgIf96S6a

After insinuating that Melania used to sell WAP, which stands for “Wet Ass Pussy”, Cardi B followed up her claim with a complete nude photo of the First Lady.

“This pic giving me “ yea you fuckin wit some wet ass pussy “ vibes …just saying🤷🏽‍♀️,” she captioned the photo.

READ:  Wizkid Says He Cannot Settle Down With Any Woman Because There Many Women He Loves

Cardi B has always been vocal and critical of President Trump’s style of leadership.

KanyiDaily recalls that following the killing of Iran’s General Qasem Soleimani in an airstrike that was ordered by Trump, Cardi B said that she will file for Nigerian citizenship because of what she described as a ‘dump move’ by President Trump.

READ:  "R.Kelly Will Remain In Jail Without Bail Because He's A Danger To Young Girls" - Judge Rules 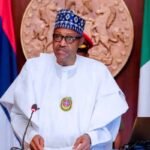 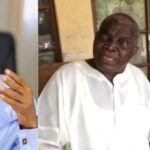