The outgoing president of United States, Donald Trump has granted pardons to rappers, Lil Wayne and Kodak Black, as part of a last-minute spree that saw him offer clemency to many people on his final full day in office. 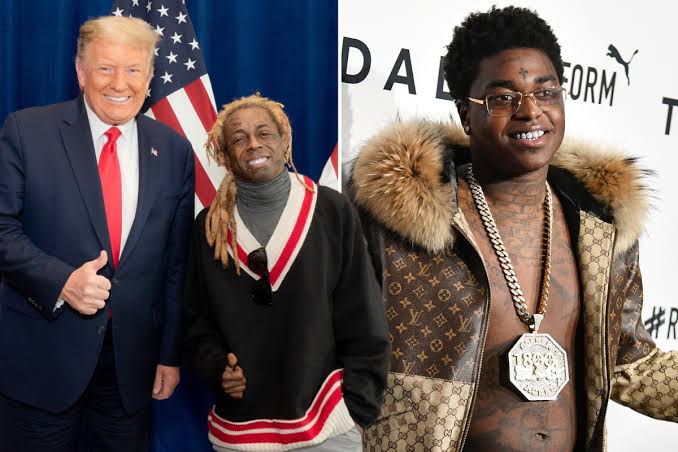 According to an official statement from the White House, Trump granted a full pardon to 73 people and commutations of sentences to another 70, early on Wednesday morning.

Lil Wayne, whose real name is Dwayne Carter, received a full pardon from Trump after he pleaded guilty last month to possessing a loaded, gold-plated handgun when his chartered jet landed in Miami in December 2019. If convicted, he could’ve faced a maximum of 10 years in prison.

President Trump also granted a commutation to Kodak Black (born Bill K. Kapri), who was sentenced to 46 months in prison for making a false statement on a Federal document in order to buy a firearm. Kodak is currently in prison and has served nearly half his sentence.

Rolling Stone quoted the attorney for both rappers, Bradford Cohen, saying: “President Trump and his administration have been tireless advocates on behalf of the African-American community. These pardons are a perfect example of this administration following up on its reforms and commitments.”

KanyiDaily recalls that Lil Wayne had previously endorsed Donald Trump for a second term after meeting with the president in October 2020.

Sharing a photo of himself and Trump on Twitter, Wayne praised Trump’s work on “criminal reform” as well as his so-called “Platinum Plan” to help black communities.

As earlier reported, Trump’s wave of commutations and pardons arrive as he is preparing to officially leave office in just a few hours for Joe Biden and Kamala Harris to be sworn in as president and vice president, respectively.

Artists like Jennifer Lopez, Lady Gaga, and Garth Brooks have been announced to perform at the inauguration ceremony on Wednesday, January 20, 2021.