Like every other day, one-and-a-half-year-old Michael Osarentin was woken up and prepared by his mother for another day at school at Igando, a Lagos suburb, on November 14 last year. He was assumed by his teachers to have left for home with his elder brother at closing time only for the parents to realise that they could not find him. It was not until three months later that a good Samaritan found the toddler at a cemetery in far away Jos, the capital of Plateau State.

His worried parents had reported his disappearance to the Police. They launched a search party and made announcements in the media to no avail. His disappearance generated a serious crisis. Both the proprietor of Michael’s school, Homes International School, and his class teacher were arrested by the Police and detained for three days.

Recalling the incident, Micheal’s mother, Mary, who now carries another pregnancy, said: “Michael went to school on that day and I was expecting him to return in the afternoon.
When I did not see him, I contacted some of the teachers in his school, which is just a stone’s throw from our residence, but I was told that he left for home as soon as school was over.

“I went back home but still could not find him. I became confused. I told my husband about it and we reported the matter to the Police. His teachers were invited for interrogation and we all started looking for him but to no avail.”

Explaining how her son was later miraculously found by a Good Samaritan at a cemetery in Jos, she said: “He was found in Jos by a man who said he found him loitering around in a local cemetery. The man said my son gave his name as Michael or Gift.

“He was taken to the Nigeria Television Authority (NTA) Jos, and some of our church members who are now based in Jos saw him on the TV and alerted us. We promptly informed the Police. The Police actually facilitated how he was subsequently brought back to Lagos. We are so happy to see our son hale and hearty. All glory goes to God.”

However, the Proprietor of Homes International School, where Michael attended, Mrs. O. Odebunmi and his teacher, Mrs. Beatrice Adeojo said the toddler’s disappearance had caused them pain following an allegation of complicity levelled against them by Michael’s parents.

Adeojo said: ”The incident occurred on November 14, 2011. On that day, the pupils had taken after-school lesson and Michael’s brother came to pick him up at about 5 pm and left, presumably for home. There is no agreement between the school and parents that pupils would be brought home by teachers. That is the more reason why I was stunned when I was held for complicity in the matter.
“Not long after the boy was taken away by his brother, his mother stormed the school, asking for the whereabouts of his son. I told her that he had been taken home by his elder brother. She later returned to say that he still had not been found. Before I knew it, she had invited Police. I was locked in police cell for three days for something I knew nothing about.

“The boy’s parents are not saying the truth about the disappearance of their son, based on their conflicting accounts. To be honest with you, there was nothing I did not do in order to unravel the mystery behind Michael’s disappearance. I even had to consult spiritualists because the matter was beginning to tarnish my image.” Still recalling the incident, Odebunmi said but for God, the controversy engendered by Michael’s disappearance would have cost her school the reputation it had painstakingly built for about two decades.

She said: “I was attending a programme in my church in Egbeda at about 9pm when words got to me that Michael was missing. I quickly abandoned the service and headed straight to his parents’ residence to confirm the veracity of the story. We then went to report the matter to the Police in Igando and I was locked in cell for three days together with Michael’s teacher.

“After we were granted bail, I consulted some landlords and the traditional ruler of the community because of the impression the incident could create about the school, and they all promised to assist. “The school had been in existence for 19 years now and we have never had any case of a child missing from school. I believe the parents of the boy are hiding something or simply could not admit their negligence.

“I later learnt that the boy was found in Jos. But while some people claimed that he was found in a cemetery, others said he was found in the home of one of the relations of his parents. “However, I thank God that he has been found and my hands are clean.

They just wanted to use the matter to tarnish the image of the school, but the God I serve has exonerated me and my school.” Reacting to the allegation that Michael’s parents are hiding something, his mother, Mrs Mary Osarentin, said the family had nothing to hide concerning the boy’s disappearance. “It is also not true that his elder brother brought him home from school,” she said. 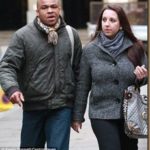