Top American producer Metro Boomin has released his album, ”Not All Heroes Wear Capes” and Wizkid joined the likes of Drake, Travis Scott, 21 Savage, Young Thug and more on the album, as he is featured on two songs.

Wizkid was reported to be working with the international producer, Metro Boomin, in July, after the duo were spotted together in the studio.

The outcome of that encounter has now been brought to light following the release of Metro Boomin’s new album, ”Not All Heroes Wear Capes” on Friday, November 2nd.

The 13 track album which features a number of guest appearances including Wizkid, who contributes to two of the songs, in ‘Only You’ with Offset and J Balvin, and ‘Borrowed Love’ alongside Swae Lee.

This is another landmark feat for Wizkid in 2018 as he continues to make a solid impression on the global stage.

Metro Boomin is notable for producing songs for top artists like Drake and winning the BET Awards for Best Hip-Hop Producer in 2018 and 2017.

The producer in 2016 was credited on charting hits such as ‘Bad and Boujee’ by Migos, ‘Low Life’ by Future and The Weeknd, and the 21 Savage collaboration ‘X’, taken from the duo’s 2016 EP, Savage Mode.

While in 2017, he worked on hit singles such as ‘Congratulations’ by Post Malone featuring Quavo, ‘Tunnel Vision’ by Kodak Black, ‘Bounce Back’ by Big Sean, ‘Mask Off’ by Future, and ‘Bank Account’ by 21 Savage.

Metro Boomin has also featured on Forbes as “easily one of the most in-demand hitmakers in the world.” 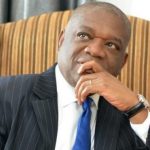 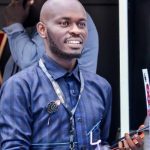