It was a lucky day for Wizkid’s bodyguard identified as Roy Emmanuel for surviving a near-death incident at a club in Lagos while defending his boss.

According to reports, the incident occurred shortly after Wizkid’s bodyguard, Roy got into a heated argument with some guys at DNA club in Lagos on the 17th of November, 2018 about the N110 million Lamborghini Urus Wizkid recently acquired and recently showed off on his Instagram page.

During the argument, the guys said Wizkid couldn’t afford to buy a car, that the story was framed to give the Starboy some unnecessary glory, adding that Wizkid is owing the Lagos club millions of Naira for drinks he bought on credit and he hasn’t paid for.

However, Roy defended his boss. He told them that Wizkid will clear his debt when he returns to the country.

The heated argument got one of the guys infuriated to the extent that he brought out a machete and deeply butchered the face of the bodyguard Roy and fled immediately.

Wizkid’s bodyguard was seen talking to the owner of the Club shortly after the incident, and it was alleged that the suspect is a bouncer of the club, who is currently on the run.

[Swipe to see the extremely graphic images and video]

Extremely Graphic: #Wizkid’s bodyguard butchered for defending him . . Roy Emmanuel, on Thursday, 15th of November, 2018, narrowly escaped being hacked to death while defending his boss, Wizkid, in Lagos, Instablog9ja can confirm. . . We, exclusively, gathered that Roy was at club DNA, when the owners of the club started arguing with him that Wizkid didn’t buy the Lamborghini Urus he, recently, posted via his Instagram story. . . Their claim was that he is owing the club millions of Naira for drinks bought on credit, and so, buying such car doesn’t make sense, but Roy defended his boss, saying he will clear his debts once he returns to the country. . . However, when the bodyguard stepped out of the club, he was deeply macheted on the face. His attacker fled immediately, but it was later alleged that the suspect is the bouncer of club, who is currently on the run. . . Roy was later seen talking with one of the owners of the club, shortly before being rushed to an undisclosed hospital, where he is currently recuperating. [Swipe to see the extremely graphic images and video]

Roy has since been rushed to an undisclosed hospital where is currently recuperating.

Shortly after the incident, Wizkid Threatened to kill the bouncer in a now-deleted tweet. 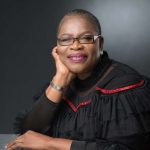 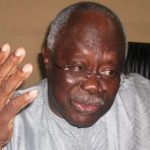