Sterling Bank Plc has offered to partner with troubled Nigerian singer, Cynthia Morgan, following her revelation on how she “lost everything” associated with her music career to Jude Okoye due to the contract she signed with his record label ‘Northside Music Group’. 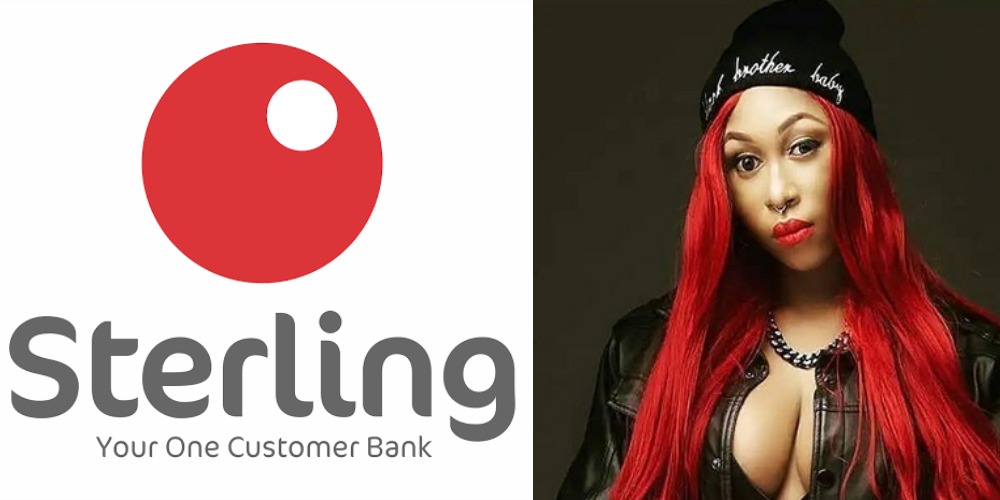 Following her revelation, Sandra Ogbebor who interviewed the singer is marshalling effort to relaunch Cynthia’s music career by launching a GoFundMe Campaign for her. The target is $150,000.

ALSO READ: Jude Okoye Responds To Allegations Against Him By Cynthia Morgan [Video]

On its Twitter page on Monday, Sterling Bank said it had followed the 28-year-old dancehall singer’s story. It added that it would like to work with her for its One Bank’ campaign.

“Hey Cynthia Morgan, we have followed your story and believe there is a bright future ahead of you. We would like to work with you on our ONE BANK campaign. Please get in touch by direct message (DM),” the bank wrote.

Hey Cynthia Morgan, we have followed your story and believe there is a bright future ahead of you. We would like to work with you on our ONE BANK campaign. Please get in touch by DM.@MadrinaFire pic.twitter.com/pXcIL2Z9Vi

Meanwhile, Davido has also stepped in to help Cynthia Morgan despite dissing him and calling him a ‘fvck boy’ back in 2016.