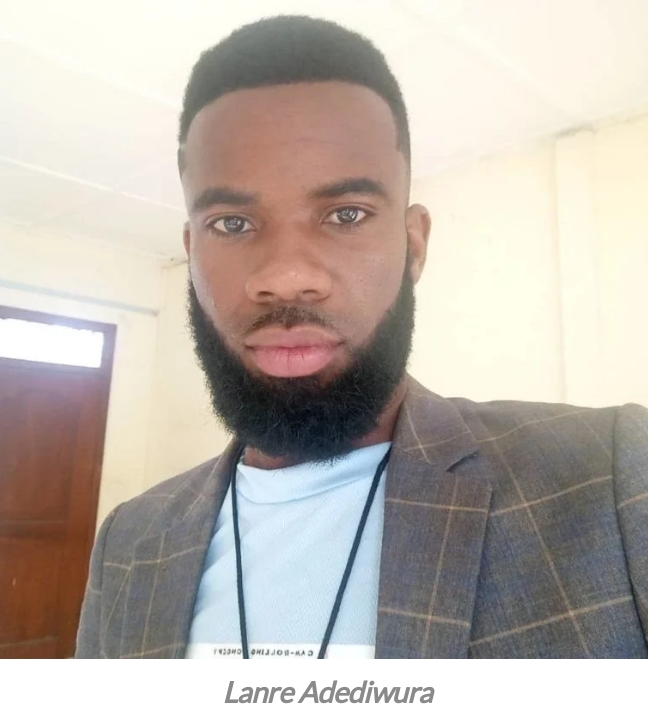 Nigerian Nollywood movie producer and director, Lanre Adediwura, found himself behind bars after having an altercation with the Police.

In a four-part video he shared on his Instagram handle on Friday, Adediwura narrated how he was arrested while he was offering to give his friend and his colleague a lift.

In the first video posted by Adediwura, some police officers could be seen and one of them in his cars.

He also showed his torn shirt, the pregnant woman whose eyes was cut from an attack by one of the officers and the windscreen of his car that was damaged by the Police.

Witnesses could be heard accusing the officers of removing their name tags when Adediwura started recording with one of the officers identified as Omolara.

Narrating how the incident happened in the second video, the movie producer said: “I woke up this morning and left my home. I got to a particular bus stop and saw this friend of mine who happened to be an old friend from university. I pulled over and asked him where he was going, he said Ikeja and I told him I am going to Iyana-Ipaja. He also said I should pick his pregnant colleague.

Fellow Nigerians, I am a Nigerian filmmaker. I have just been harassed by some police officers. They broke my wind screen and Fifty thousand naira missing in my car. The police woman started tearing her uniform by herself before we got to the station. Now they are turning the story around. We are currently at ejigbo magistrate court. Please I want justice. @instablog9ja @agbosblog @officiallindaikeji @channelstv_ent @tvcnewsng @tvcconnect @silverbirdtv

“As we moved on, a tricycle blocked me and four police officers, two females and two males, came down from the tricycle. They asked me to come out which I did.

“While I was talking to the officer, the other officer entered my vehicle and I went to meet her that madam, you can’t just go into my vehicle without asking me any question. I wanted to remove my car key from the keyhole, the next thing; she pulled me over with my shirt and tore my short.

“Before I knew it, she already used her elbow against the face of the pregnant woman and blood was coming out.”

The third video showed Adediwura in the Ejigbo Magistrate court where he was arraigned for assaulting the officers.

He said the Police had turned the situation around and were now claiming he and his friend assaulted the officers.

“So, the Police had their way; they turned the story around, the Magistrate granted us a bail of N50,000 each requesting for sureties,” he said.

He added that the Police failed to mention that an officer broke his car windscreen and also injured the pregnant woman.

He added: “My car is impounded; If I don’t get surety, I remain behind bars. This is Nigeria, Nigeria Police! I was just going by my daily business, I am just a filmmaker, I need justice, and I need help.”

In the last video, he pleaded for Nigerians to help him demand justice from the Police, as he was being taken to Kirikiri prison.

Fellow Nigerians, I am a Nigerian filmmaker. I have just been harassed by some police officers. They broke my wind screen and Fifty thousand naira missing in my car. The police woman started tearing her uniform by herself before we got to the station. Now they are turning the story around. We are currently at ejigbo magistrate court. Please I want justice. @instablog9ja @agbosblog @officiallindaikeji @channelstv_ent @tvcnewsng @tvcconnect @silverbirdtv

He said: “This is the worst they could do to us, taking us right now to Kirikiri; they have turned the story around saying that we brutalized the Police meanwhile, we are the ones brutalized. I’m not filming, I’m not shooting a movie; this is a handcuff in my hand.”

When contacted, Mr Bala Elkana, Lagos State Police Command Public Relation Officer, said Adediwura was stopped because he contravened traffic law of the state by parking in the wrong place.

He said: “I was able to identify who those police officers are and I got them to my office this morning to listen to their own side of the story.

“There was a traffic contravention by him; he parked wrongly on the road and from the video he uploaded, other road users had to maneouver before they passed.

Elkana stated that the Force was investigating the matter and anybody found guilty, including the officers, would be punished.

He added that he had personally ensured that the movie producer and director was granted bail by the court.

“I’m still reviewing the video to see at what point he was brutalized but I have seen where a woman police was having issue with another woman in the car in one of the videos.

“They have all made statements and we are investigating what actually happened. The matter is already in court and I have moved further to intervene even at the court level to be sure he is granted bail.

“Right now as I am talking to you, his wife and friends are at the court as well as the Division Police Officer. We want him to be released today while we continue to investigate the matter.

“We want to also look at the action of our men to know if they professionally handle it. We will look at it critically and whoever is wrong at the end of the day will be punished. Justice will definitely be done to everybody.” 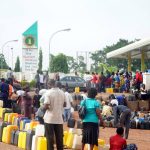 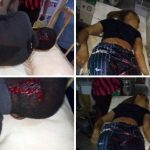