The presidential candidate of the Allied Congress Party of Nigeria (ACPN), Oby Ezekwesili, has officially kicked off her campaign with the release of stunning campaign photos.

The Hope2019 campaign kicked-off officially on Sunday, November 18, 2018, with a thanksgiving service in Abuja, and released official photographs for the campaign saying she is the “best man for the job”.

Aisha Yesufu, who is Director of Special Projects for the campaign organization, said:

“The Obiageli ‘Oby’ Ezekwesili For President organisation – Hope 2019 – has issued official campaign photos as it kicked off the INEC-approved campaign season.”

“Hope 2019 campaign kicked-off officially on Sunday with a thanksgiving service in Abuja, after which the candidate will go to her home state, Anambra, to officially get blessings from the royal father and other elders of her community.

“We are excited and we can’t wait. The best MAN for the job in 2019 is definitely a woMAN and this woman we know by her track record, will #Fight4Naija.” 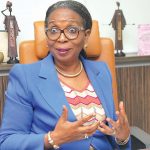 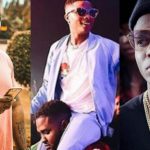