The presidential candidate of Allied Congress Party of Nigeria (ACPN), Oby Ezekwesili says she has no interest in supporting gay values but hopes to uphold the constitutional rights of Nigerians if elected as president in the 2019 elections.

On Monday, December 3, 2018, the ACPN presidential candidate gave a speech at the Chatham House where she seemed to have been misunderstood.

Four days after, Ezekwesili took to her Twitter page to clarify that her religious practice being a Christian does not permit endorsing homosexuality.

“As a Christian who has a strong scriptural anchor, I don’t subscribe to the Gay or Lesbian life choice.”

See her tweets below:

Hmmm. So, my response to a question at @ChathamHouse has been misconstrued and now totally taken out of context by some folks.

@bisialimi asked me a question on the discrimination he suffered as a Gay Citizen of Nigeria.
I responded that as President of Nigeria I shall uphold the basic Human Rights of every Nigerian which our #ProjectRescueNigeriaManifesto does indeed express as Equality of Opportunity. pic.twitter.com/jmo9BCTHUl

This in no way equates or translates to me supporting or approving Gay Rights. It appears that some people are genuinely confusing Constitutional Rights due to every one regardless of their sexual orientation as Gay Rights. That is not correct.
pic.twitter.com/jmo9BCTHUl

Constitutional or civil rights are Rights that are similarly due to Gay people as they are to every other citizen. pic.twitter.com/jmo9BCTHUl 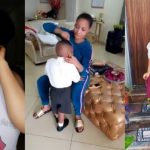 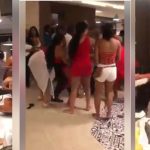