The Allied Congress Party of Nigeria (ACPN) Presidential Candidate, Dr Oby Ezekwesili believes Nigerians cannot afford to keep waiting while the political class keeps the nation in a “pattern of cyclical failure, she vows to rescue the country from mediocrity if she’s elected president.

Dr Oby Ezekwesili, during an interview on Channels Television’s Sunday Politics on Sunday, November 11, 2018, said unlike other politicians who are in the race for the title, she’s only after rescuing Nigeria from its perpetual state of underperformance. She said:

“I am in politics not because I need a title or need to answer Madam President. I’m in politics because there’s an urgent need to rescue our nation. This is an Operation Rescue Nigeria.

“I’m interested in governing for Nigerians. I’m the candidate of the Nigerian people. For the first time in this cycle of politics, I really want us to discuss the people.

“I’m tired of seeing Nigeria be at the bottom of every league that measures what it takes to be a viable country.

When asked if she looks forward to becoming the nation’s first female president, the former minister said she wants to be seen more as someone challenging the rot eating at the country.

“Leadership is gender-neutral. I don’t come into this game sort of saying think of me in any kind of genderised manner. Think of me as someone who’s got the character, the competence and the capacity and who’s courageous enough to say let’s stare down at this problem of failure of this country.

“This country is not destined to fail. We must challenge this dominant norm where people come in the name of wanting an office, I don’t need an office. I’m tired of Nigeria failing. This is a rescue operation that we’re on.”

She vowed to be the leader that will rally the populace to build a really vibrant society and economy that will ensure the nation will always be in a race to the top and not the bottom.

“I will be the one inspiring and mobilizing the society to understand that this century could be our century.” 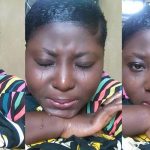