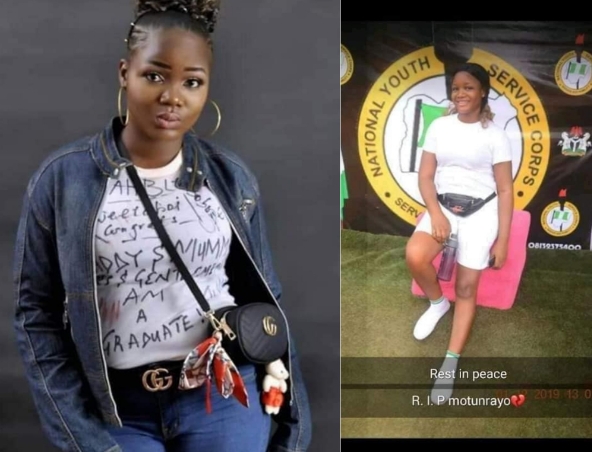 A female member of the National Youth Service Corps (NYSC) in Enugu, Miss Bolufemi Motunrayo, has reportedly taken her life after taking two bottles of snipper.

The corp member, who hails from Gbede in Kogi State, was a graduate of Banking and Finance from the Prince Abubakar Audu University, Ayingba, Kogi State.

The circumstances leading to her committing suicide were still unknown as at the time of this report but she left a suicide note which reads:

“I did this because I see nothing worth living for in this world.

“…Mummy I love you. Mathew and John you guys should take care. “We will meet where we will depart no more. I love you guys.” 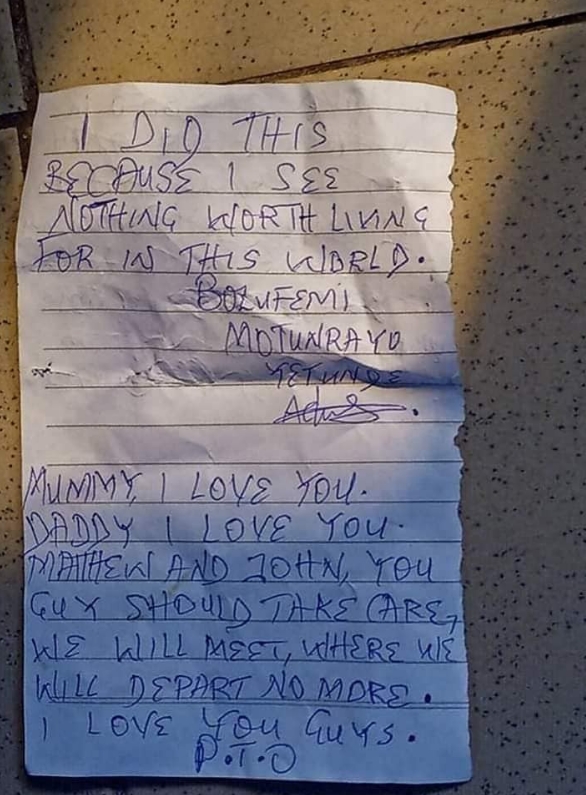 “The incident has to do with the taking of sniper by one Motunrayo Bolufemi, a female corps member from Kogi State serving at Girls High School, Ibeagwa-Aka, Igboeze South LGA. She was later rushed to the hospital where the doctor confirmed her dead. 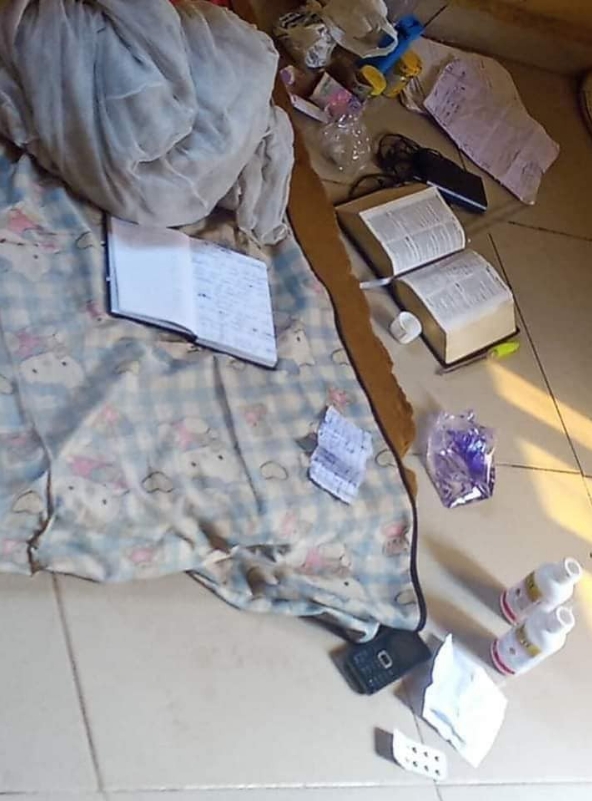