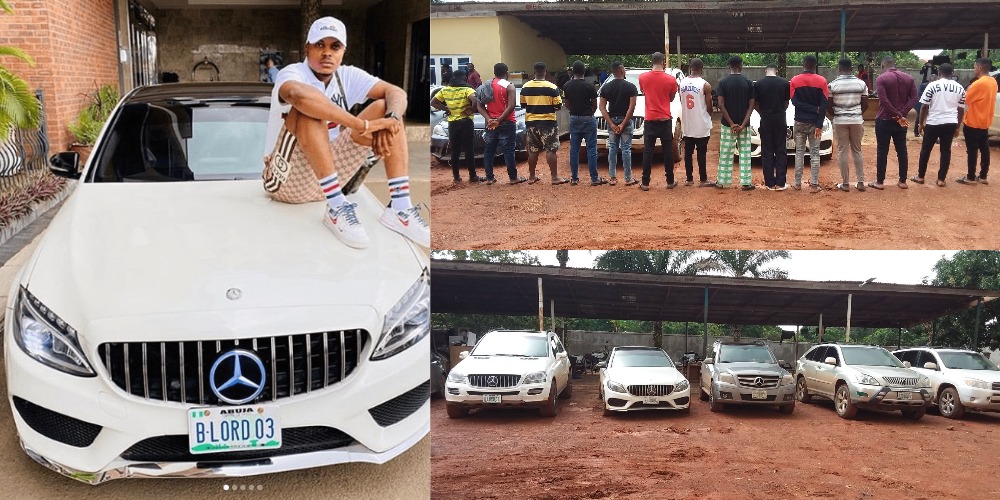 Bitcoin Lord was arrested on Monday, August 31, 2020, along with 13 other suspects at Okpuno Awka, Agu Awka and Ngozika estate, all in Anambra State.

The suspects whose age ranges from 21 and 28, were apprehended based on intelligence available to the Commission about their fraudulent activities.

Interim analyses of some of the suspects’ phones showed they were involved in series of internet fraud which includes online bitcoin scam, love scam and identity theft.

READ:  Woman Pours Hot Water And Pepper Inside Her Niece Private Part For Sleeping With Men In Delta

The suspects will soon be charged to court as soon as investigations are concluded.

This is coming a few weeks after the EFCC arrested 3 NYSC members, 19 undergraduates and 10 others on suspicion of committing internet fraud in Ibadan, Oyo State.

University Of Ibadan Announces Date For Commencement Of Post-UTME Registration

2023 Presidency: I Won’t Hesitate To Serve Nigeria If Given The Opportunity – Orji Uzor Kalu