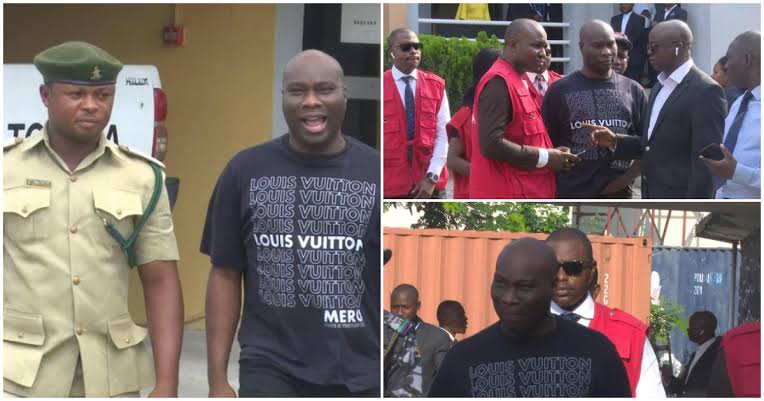 KanyiDaily recalls that Mompha was first arrested by the EFCC in October of 2019 for offences bordering on internet fraud and money laundering, and was arraigned before a Federal High Court.

The Instagram celebrity had, however, pleaded not guilty to the all the charges levelled against him, and was granted N100m bail in November 29, 2020.

According to Punch, Mompha was re-arrested on Friday, August 14, 2020, when he returned to the EFCC office in Ikoyi, Lagos to reclaim his five wristwatches, one Apple Air pod, one iPhone 8 smartphone and one pair of sunglasses.

It was gathered that Mompha had barely left the premises of the EFCC office in Ikoyi after collecting the items on Friday, when operatives of the anti-graft agency waylaid him and took him into custody.

Mompha’s lawyer, Mr Gboyega Oyewole (SAN), confirmed the re-arrest of his client, vowing to challenge it in court. He said:

“I am filing processes tomorrow (Tuesday); they didn’t tell us why they are detaining him. They have not told us the basis for this re-arrest. As far as we are concerned, the EFCC is seeking to overreach the court because this is coming after we filed our no-case submission to the charges.

“When they had the opportunity to amend their charges they didn’t and they are claiming that there is a new charge.”

When contacted, the spokesman for the EFCC, Mr Dele Oyewale, said, “The fresh arrest is unconnected to the existing charges in court. It is related to Internet fraud.”

This is coming weeks after Justice Mohammed Liman of the Federal High Court in Lagos ordered the EFCC to release all the items it seized from Mompha, during his first arrest last year.