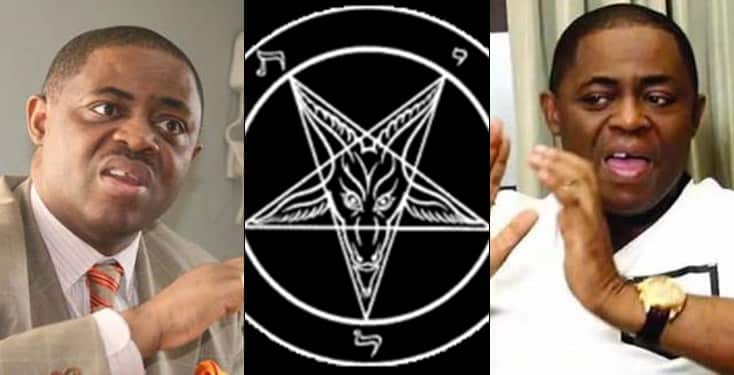 A Former Nigeria’s Minister Of Aviation, Femi Fani-Kayode, on Monday engaged in a hilarious exchange with America-based ‘Church of Satan’ on Twitter and this has since gone viral.

The Church of Satan is a religious organisation dedicated to Satanism as codified in The Satanic Bible.

It all began after the ex-minister tagged a former prosecutor in New York, US, Linda Fairstein, a “racist, a witch and a member of the Church of Satan,’’ on Twitter.

This was after he watched a 2019 Netflix mini-series, When They See Us’, which exposed the breakdown of the U.S. criminal justice system during the Central Park Five case.

Fairstein, now a crime novelist, played a role in the wrongful conviction of five teenagers for the brutal rape of a female jogger in 1989.

The black and Hispanic teenagers, known as the Central Park Five, were exonerated in 2002.

Mr Fani-Kayode, in the tweet which has been deleted, called for Fairstein to be handed a death penalty.

In response to his allegations of Fairstein being a member of the Church of Satan, the ‘church’ tweeted, “She has nothing to do with us, please leave us out of this.”

Mr Fani-Kayode responded, “Get thee behind me Satan!”, quoting a famous Biblical verse where Jesus Christ rebuked one of his disciples, Peter.

The church replied: “That doesn’t actually work. We are right here in front of you telling you that you are making false, unfounded accusations and asking you nicely to please leave us out of this as it has nothing to do with us.”

Unimpressed, Mr Fani-Kayode wrote: “In Jesus name, I bind you and send you to the desert places. The devil is a liar: he was a liar and murderer from the start and the father of lies.

“You claim she is not your member and you expect me to believe u. Make your list of members public and prove me wrong. Stop disowning your own!” 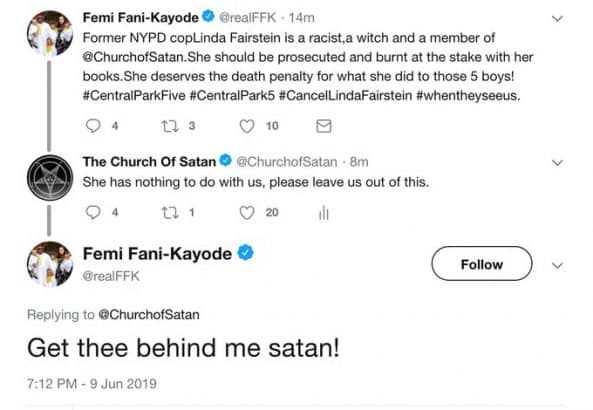 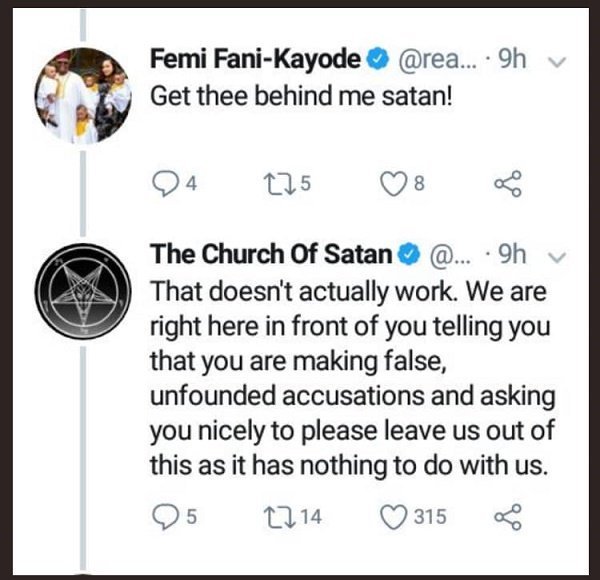 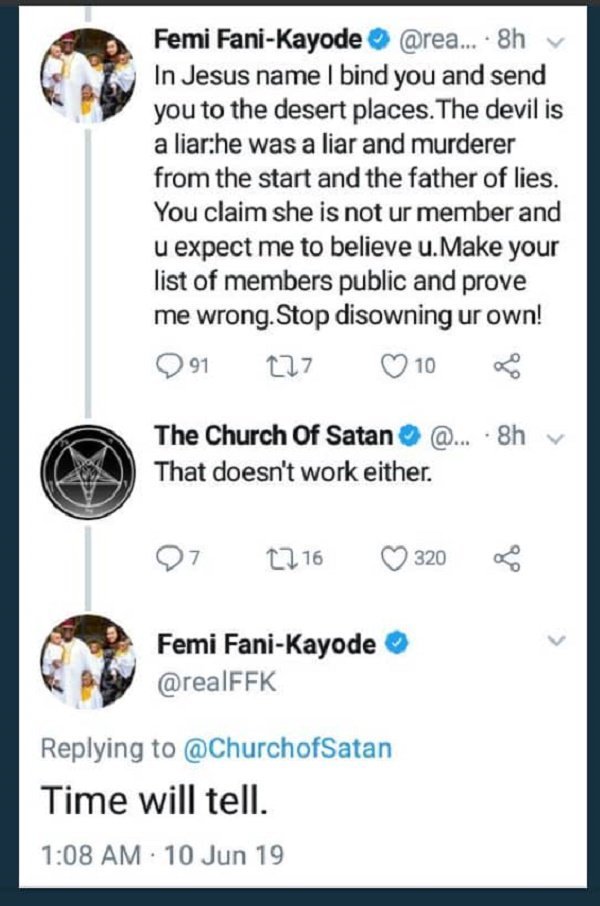 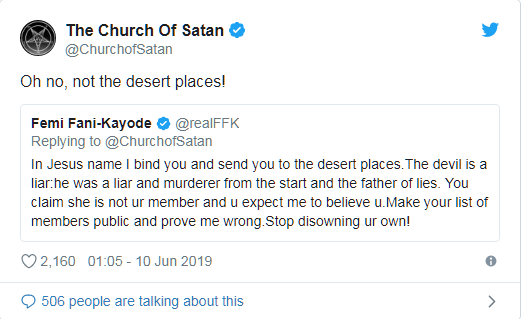 DEMOCRACY DAY: May 29 Will No Longer Be A Public Holiday As Buhari Signs June 12 Bill Into Law