A Federal High Court sitting in Abuja has authorised the Central Bank of Nigeria (CBN) to freeze the accounts of 20 #EndSARS promoters with immediate effect. 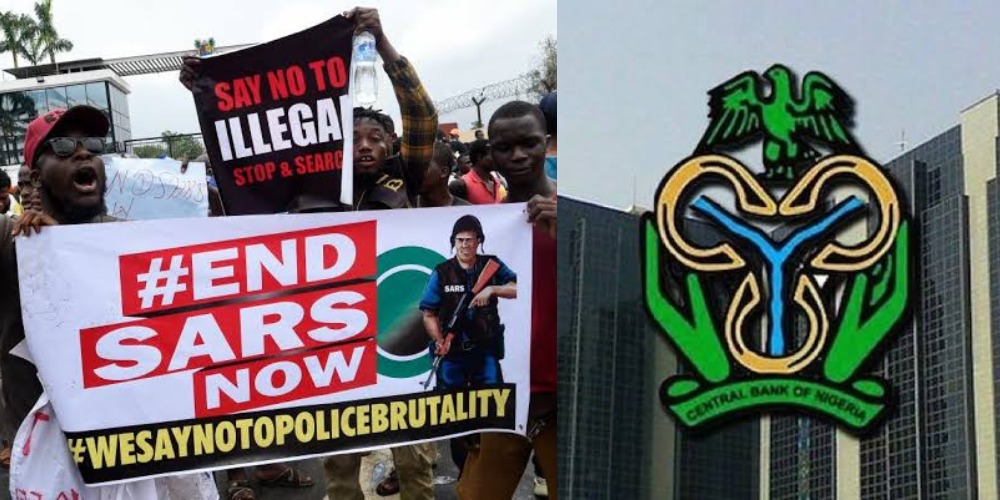 The lawyers representing the CBN led by a former Attorney-General of the Federation, Michael Aondoakaa (SAN) ordered that the accounts should be frozen for the next 90 days subject to renewal.

The lawyers did not say what the #EndSARS campaigners did against the law to attract freezing of their bank accounts till January 2020.

“A mandatory order is made empowering the plaintiff/applicant to direct the head office of Access Bank of Nigeria Plc, Fidelity Bank Plc, First Bank of Nigeria Plc, Guaranty Trust Bank Plc, United Bank for Africa Plc and Zenith Bank Plc to freeze forthwith all transactions on the 20 bank accounts listed for a period of 90 days pending the outcome of investigation and inquiry currently being conducted by the Central Bank of Nigeria.

“It is, however, directed that the 90-day freezing order, when it lapses, may be renewed upon good cause shown by the applicant.

“It is also directed that any person, whether artificial or natural, that is affected by this order may apply to the court to have his grievance or complaint heard by the court. The suit is adjourned till February 4, 2021.”

The bank accounts blocked included those run by Gatefield, a public interest think-tank, and Bassey Israel, a pharmacist. Gatefield has already filed a lawsuit challenging the freezing of its account.

Below is the full list of the 20 people affected by the restriction. 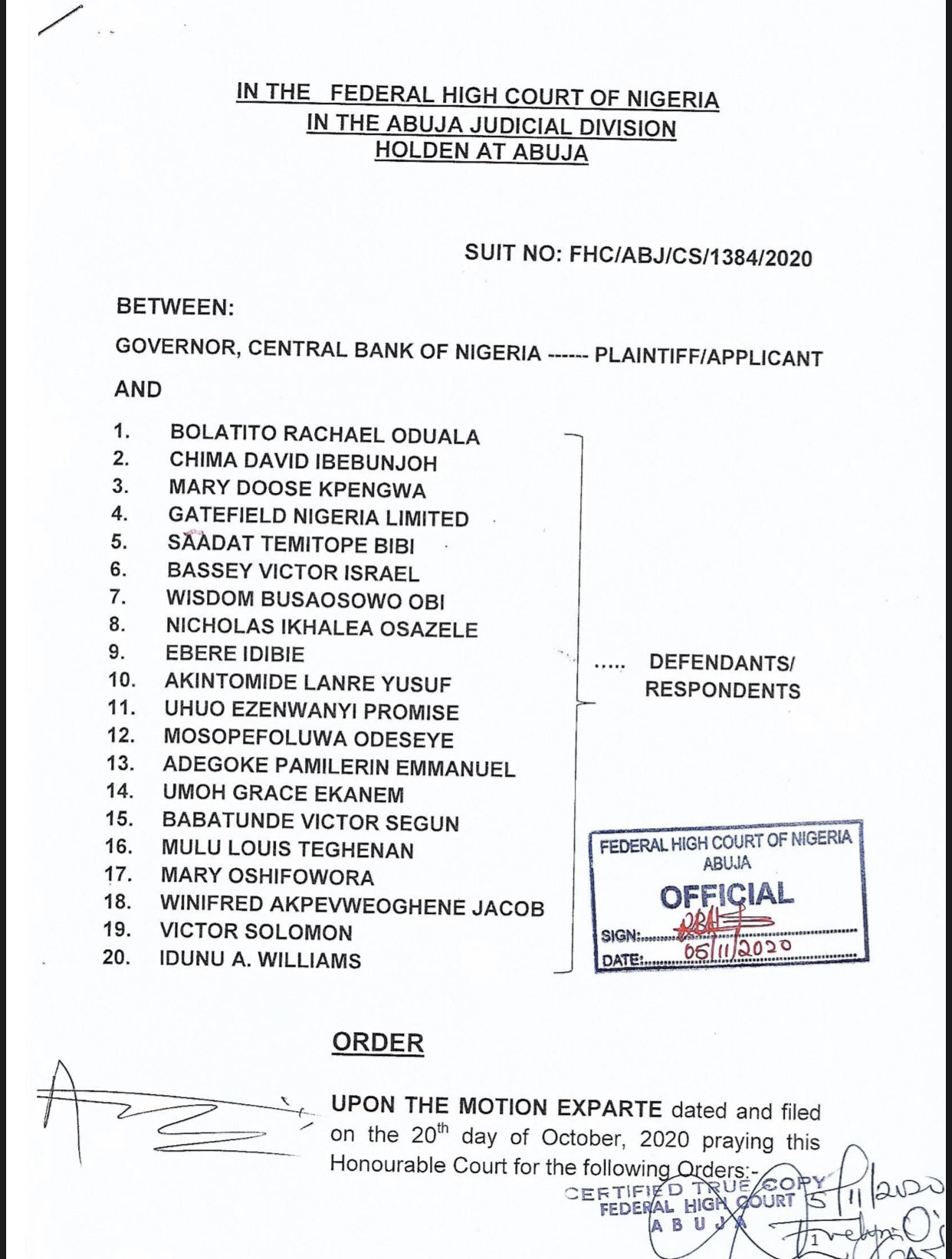 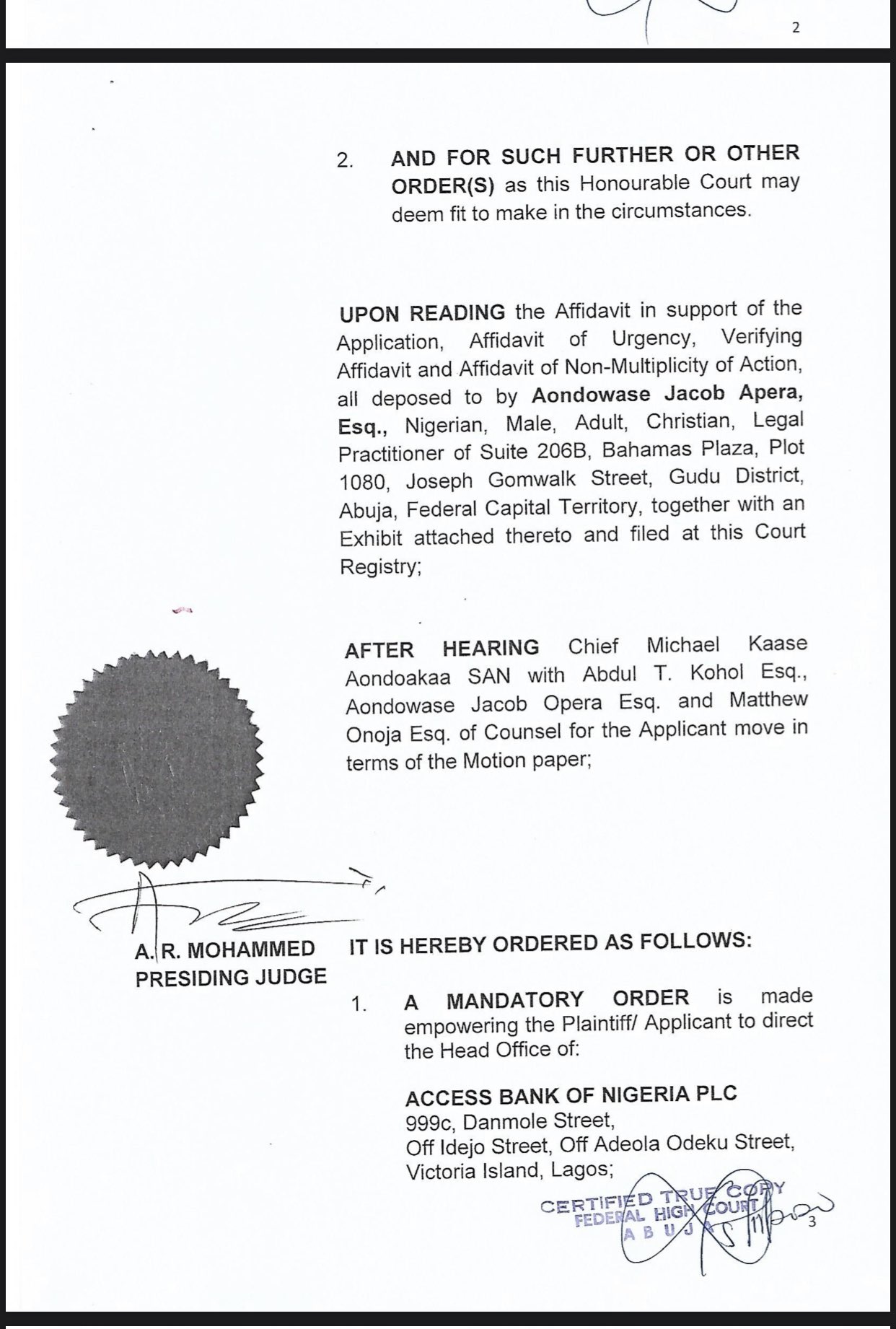