A Federal High Court in Abuja has ordered the Central Bank of Nigeria (CBN) to unfreeze the bank accounts of 20 #EndSARS protesters. 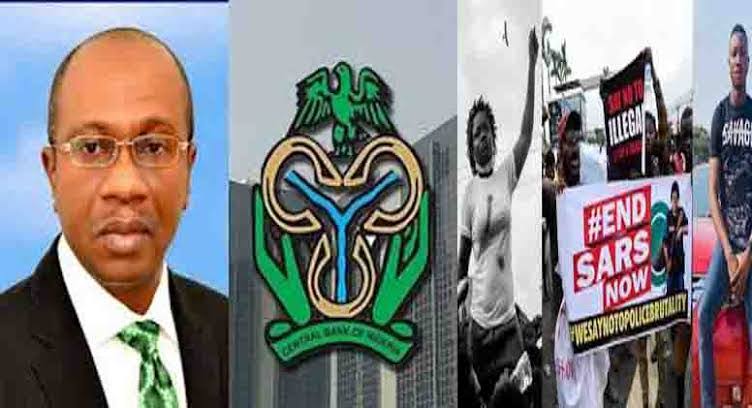 The judge, Justice Ahmed Mohammed, gave the order on Wednesday, February 10, 2021, after CBN counsel and the legal representative of the protesters agreed to end the case.

KanyiDaily recalls that on November 4, 2020, Justice Mohammed, granted the request of the CBN to freeze the accounts of 19 individuals and a public affairs company linked to the #ENDSARS protests for 90 days.

In the case with suit number FHC/ABJ/CS/1384/2020, filed before Justice Mohammed, the CBN claimed that the funds in the 20 accounts might have emanated from terrorist activities.

The 20 accounts flagged by the CBN are domiciled in Access Bank, Guaranty Trust Bank, Fidelity Bank, United Bank for Africa and Zenith Bank.

The court subsequently directed the banks to freeze forthwith all transactions on the 20 accounts on the list for a period of 90 days pending the outcome of investigation and inquiry being conducted by the CBN.

However, during the hearing on Wednesday, Justice Mohammed issued the order unfreezing the accounts after the legal teams of both the CBN and the 20 defendants decided to end the case on Wednesday.

The judge commended the two lawyers for their “commitment to ensure justice” after they announced their decision to withdraw all pending applications and the entire suit.

“In the light of this, the ex parte order issued on November 4, 2022 freezing the accounts of the defendants pending the investigation by the Central Bank of Nigeria is here by set aside.

“An order is also made unfreezing the accounts of the defendants,” Mr Mohammed ruled on Wednesday.

KanyiDaily recalls that the management of Access Bank Plc had apologized for freezing the accounts of its customers frozen because of their alleged involvement in the #EndSARS protests.