President Muhammadu Buhari has warned those behind the “wild killings” in the South-East to expect a tough response from the security forces. 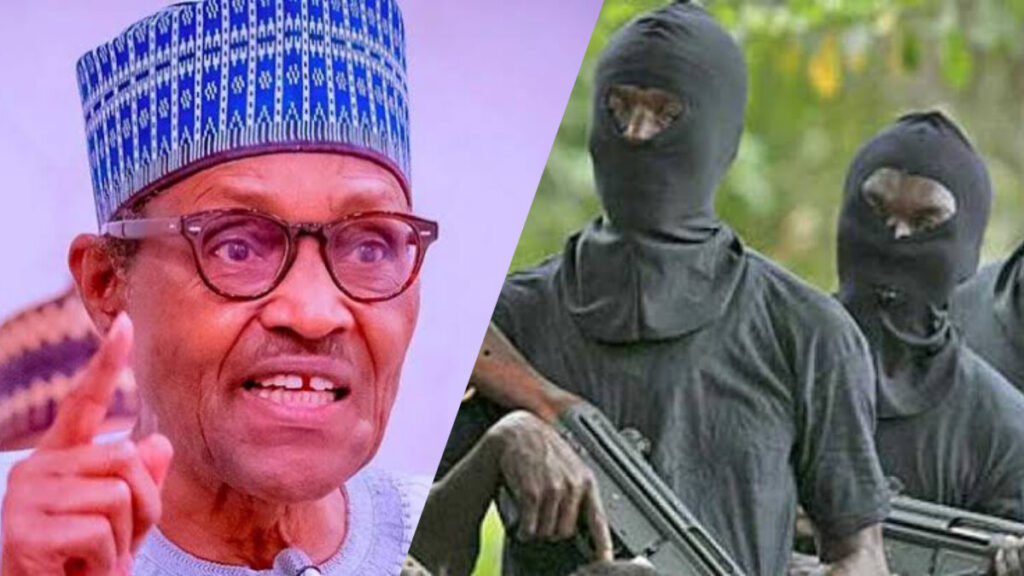 The comes after the Indigenous People of Biafra (IPOB) was accused of killing a pregnant northern woman, Fatima and her four children in the Isulo, Orumba North Local Government Area of Anambra State.

KanyiDaily had reported how the pregnant woman and her four kids, alleged to be from Adamawa State, were shot dead by unknown gunmen at Isulo village.

A gory video showing their bodies on the main road had appeared on social media platforms, eliciting criticism and condemnation across the country.

Reacting on his Twitter page on Wednesday, Buhari condemned the viral videos circulating on social media, describing it as wild and barbarous.

He tweeted, “I strongly condemn the wild, barbarous and wanton killings of innocent people in the South-East, as well as in other parts of Nigeria.

“The perpetrators of these deeply distressing attacks should expect the toughest possible response from the security forces.”

I strongly condemn the wild, barbarous and wanton killings of innocent people in the South-East, as well as in other parts of Nigeria. The perpetrators of these deeply distressing attacks should expect the toughest possible response from the security forces.

In a follow-up statement, the presidential spokesperson, Garba Shehu warned against reprisals and the sharing of the videos.

“The Presidency wishes to caution against any knee-jerk reactions, the creation of panic, disruption of lives and livelihoods, or even retaliatory violence following the viral videos of the alleged killings of non-indigenes by the Eastern Security Network (ESN) and its mother terrorist group, the Indigenous People of Biafra (IPOB).

“While expert agencies are now verifying the factuality and veracity of the claims that accompany the horrid pictures being circulated, we call on all citizens to avoid hasty steps or conclusions that could exacerbate the situation, and on the contrary keep to a line of conduct that will help the law to take its proper course

“The presidency also cautions the public against the indiscriminate sharing of posts on social media so as to deny vested interests who seek to divide us and create disturbance the chance to do so,” the statement reads.

KanyiDaily had also reported how Anambra lawmaker, Okechukwu Okoye was abducted and beheaded by unknown gunmen who displayed his head at a motor park in Nnobi, Idemili South Local Government Area of the state.

READ:  EFCC Will Charge Candidates With Corruption Cases To Court Before 2019 Elections - Magu