Nollywood actress, Annie Idibia has hinted at another family problem with her husband, Innocent Idibia, popularly known as 2face, after she unfollowed him on social media.

The actress unfollowed the singer and deleted all pictures on her Instagram page after he visited London to bond with his 3 other kids, Ehi, Justin, and Innocent with his baby mama, Pero Adeniyi.

A check on Annie’s Instagram page on Monday shows that she’s no longer following 2face and none of his pictures could be seen on her page. 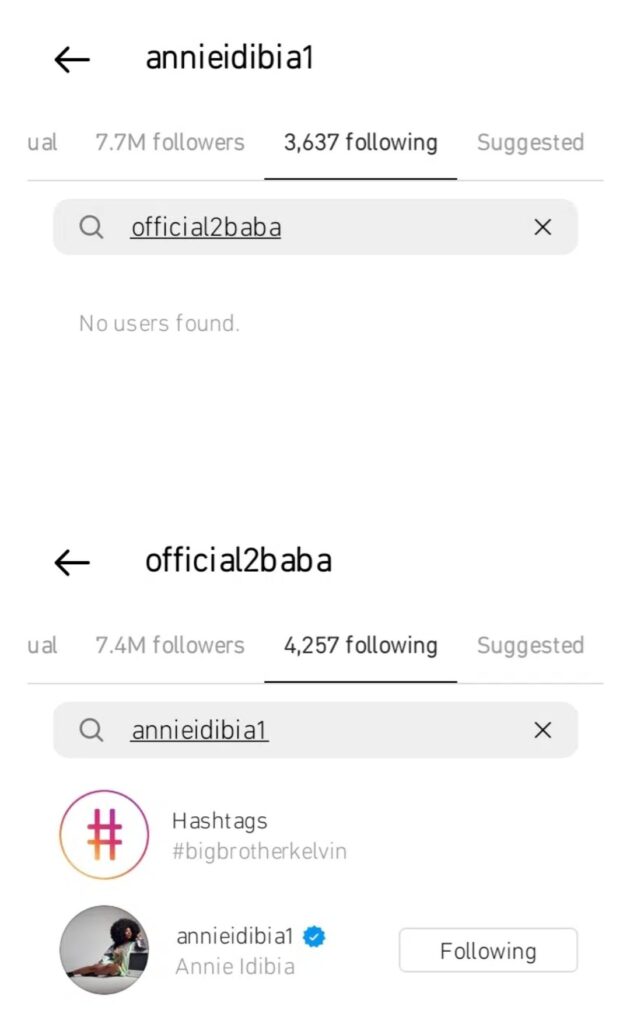 READ:  P-Square's mum to be buried on August 2nd

2face, who seems to be tired of all the dramas,  didn’t unfollow his wife, but the singer shared a video where he was seen rocking his wedding band on his middle finger instead of his fourth finger.

Taking to her Instagram page, the actress advised people to be on guard as some family members are low-key enemies.

She wrote, “Family is who takes care of you…It doesn’t matter if they are blood-related or not! Know this and find peace!!”

“Family can low key be throwing stones at you and still pretend that they are standing up for you. They can be deceptive and also pretend to be protecting you. Don’t lose guard.

“Some families they will judge you and condemn you.” Crisis has been rocking the Idibia family after Annie called out the music legend and accused him of engaging in extramarital affairs with one of his baby mamas, Pero Adeniyi.