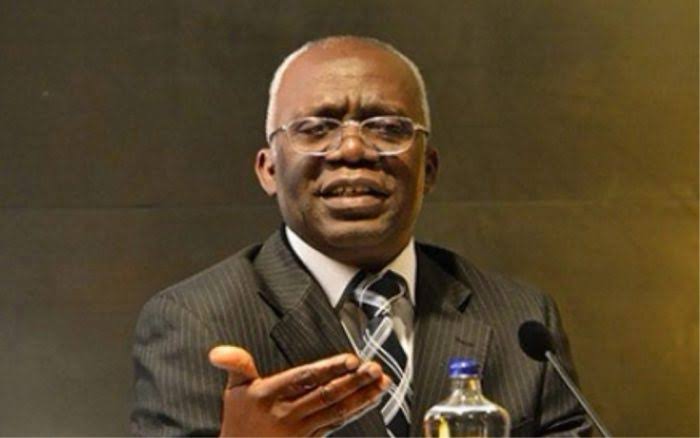 Falana stated this on Wednesday during an interview on Channels TV, after a Federal High Court in Abuja ordered the CBN to unfreeze the bank accounts of 20 #EndSARS protests.

The senior advocate said the CBN had approached the court on November 4, 2020, for an ex-parte order to freeze the bank accounts of #EndSARS protesters.

But the apex bank did not investigate the protesters until the ex-parte order expired on February 4, 2021, which made the court to dismiss the CBN’s case.

Falani explained that the action of the apex bank constitutes a “gross infringement” to the fundamental right to a fair hearing.

READ:  Senate Presidency: I've Phone Numbers Of All 109 Senators-Elect, I Call Them For Support – Ndume

“The CBN asked for 180 days to investigate the #EndSARS protesters for the offences of money laundering and terrorism. Convinced that the CBN was telling the truth, the court ordered that the bank accounts be frozen for 90 days.

“Since the #EndSARS protesters did not commit any offence whatsoever, the CBN did not investigate them until the ex parte order expired on February 4, 2021. It was on the basis of the expiration of the ex parte order that the case of the CBN was struck out by the Federal High Court.”

Going down memory lane, Falana narrated how the court gave favourable judgment to activists during the “dark days of military” and the CBN at that time never filed any ex parte motion to freeze anybody’s account.

“It is pertinent to recall that during the dark days of the military dictatorship in Nigeria, those of us in the front line of the battle for the restoration of democratic rule in Nigeria were routinely arrested and detained under the obnoxious State Security (Detention of Persons Decreed) No 2 of 1984.

“But we regained our liberty on the orders of courts that acted as guardians of the civil rights of the Nigerian people even when judges were required to blow muted trumpets.

“In desperation, the military dictators charged us with sundry criminal offences including treasonable felony for having the temerity to challenge their corrupt practices and human rights abuse. But the courts ensured that we were admitted to bail in liberal terms.”

“Our passports were impounded at the airports and confiscated by the National Security Organisation (now Department of State Services, DSS) to prevent us from travelling abroad to expose the atrocities of the dictators. But the passports were released to us on the orders of our courts.

“It is on record that the Central Bank of Nigeria, which was manned by professional bankers, never filed any ex parte application to freeze our accounts.

“Let the CBN stop freezing the bank accounts of activists because it constitutes a gross infringement of the fundamental right to fair hearing and property.”

He warned that if the CBN does not desist from the illegal practice “our courts should turn down frivolous applications for freezing the bank accounts of activists and other citizens.”

The Central Bank of Nigeria misled the court in seeking the freezing of bank accounts belonging to #EndSARS protesters — Femi Falanapic.twitter.com/zFoEoGOGEz

READ:  Buhari Should Not Release Nnamdi Kanu, Not All Fulani Are Terrorists - Northern Elders

KanyiDaily had reported how Justice Mohammed granted the request of the CBN to freeze the accounts of 19 individuals and a public affairs company linked to the #ENDSARS protests for 90 days.

In the case with suit number FHC/ABJ/CS/1384/2020, filed before Justice Mohammed, the CBN claimed that the funds in the 20 accounts might have emanated from terrorist activities.