Human rights activist and lawyer, Femi Falana (SAN), has reacted to a lawsuit initiated against him by a group, Make Nigeria Better Initiative (MNBI) before the International Criminal Court (ICC).

Joseph Nwaegbu, a senior associate of Pathfind Attorneys, had on behalf of MNBI filed a criminal complaint against Falana at the ICC in Hague for allegedly instigating the #EndSARS protests by Nigerian youths.

Nwaegbu, in the complaint before the ICC, had stated that the role played by Falana before, during and after the #EndSARS protests “is not only ignoble but criminal.”

But reacting in a statement entitled “LET THE GUILTY BE AFRAID”, Falana denied instigating #EndSARS protesters , saying he only decided to speak out loud against oppression and brutality.

Falana challenged the group to pursue its criminal complaints, saying those that filed the lawsuit will sooner or later realize that the ICC is not a place for shadowy minders and paymasters.

“The latest has been the use of men of the Nigerian Army to wage genocidal attack on peaceful and unarmed #EndSARS protesters especially at the Lekki Toll Gate in Lagos. A full-scale war declared illegally in Port Harcourt has claimed the lives of scores of unarmed civilians,” he said.

“It was because they have no respect for the Rule and the duly constituted courts that these elements have persisted in dabbling into politics and civil affairs as recently shown in their deployment of soldiers in full battle gear and war formation against peaceful protesters.

“I hear that those who (by virtue of the state offices they hold relative to these matters) are sure to be called upon by the ICC for explanation are going about trying to divert attention away from themselves.

“I even hear that one such attempt has, in a complaint to the ICC, named me, Femi Falana, as responsible for allegedly instigating the violent EndSARS protests that led to killing innocent citizens, wanton destruction of properties and other heinous crimes against humanity in Nigeria.

READ:  "We Didn't Receive Any Money FG Claimed To Have Spent On Us" - Adamu Garba

“Mr. Joseph Nwaegbu/Pathfind Attorneys/MNBI and their shadowy minders and paymasters obviously think that the ICC is a forum for frivolities, especially of the type we have gotten accustomed to in Nigeria (like, government and government officials hiring praise-singers or protesters to counter-balance genuine protesters!).

“They will sooner or later know that the ICC is not such a place. I welcome them to pursue their petition. I move around the world and I have easy and undisturbed passage. I hope the shadowy minders and paymasters of Mr. Joseph Nwaegbu/Pathfind Attorneys/MNBI are able to do likewise. In fact, I challenge them to dare!”

Falana said “the current exertions by those responsible for the latest use of the Nigerian army to massacre peaceful protesters are sure to be in vain”, adding that “crimes of such magnitude” can never be swept under the carpet.

KanyiDaily recalls that Femi Falana had revealed why families of #EndSARS protesters killed by Nigerian soldiers at the Lekki toll gate are afraid to speak out. 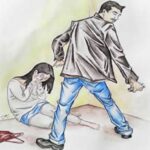