Gunmen alleged to be security operatives on Saturday burnt down the houses of suspected members of the Eastern Security Network (ESN), the security arm of the Indigenous People of Biafra (IPOB), in Imo State. 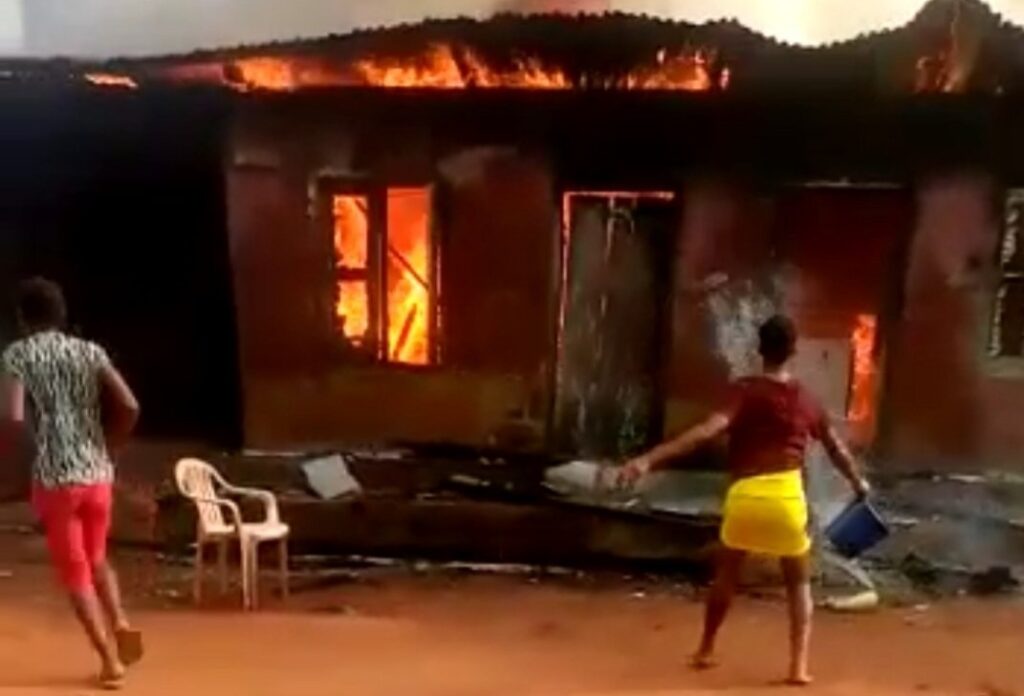 It was gathered that the security operatives who came in seven vehicles headed to the homes of their targets, and on meeting their absence, burnt their houses in Umuonyeoka Ihitteafoukwu and Okponkume communities in Ahiazu Mbaise LGA of Imo.

According to The Nation, a community leader, Emeka Obasi said the armed men came in search of one Uche Madu, who is alleged to be a member of the ESN, but they descended on the family home of the Madus after the search for the suspect became futile.

Obasi said, “In the early hours of Saturday 12th February 2022, Umuonyeoka a quiet and peaceful community in Ihitteafoukwu town was ruffled with a seemingly Gestapo style of invasion by armed men suspected to be law enforcement agents, who came in seven cars shooting sporadically and headed to a compound of the one Uche Madu who is suspected to be a member of the ESN group.

“They could not get him, all hell was let loose and they descended on his siblings Sonyval and Chinonso Madu and set ablaze the houses without allowing even a single pin to be evacuated from the building.

“While I do not support any indigene of Ihitteafoukwu land to be involved in any unlawful act or criminal activity, it is still pertinent to state that the invasion and arson perpetrated in our land today is highly condemnable and ill-advised.”

Obasi called on the Imo Government to unravel those behind Saturday’s invasion of Ihitteafoukwu land with a view to bringing them to book as well as forestalling a future recurrence of such ugly incident.

He said that Ihitteafoukwu remains a peaceful town and its indigenes have always been known for their patriotism and law-abiding nature.

Another source from Ihitteafoukwu said that the security men bursted the house of one Mr Ekene popularly known as ‘Ekeson’, a member of the Vigilante group in the community.

He said they apprehended Ekeson he was trying to escape and later returned to set his family house ablaze with three other neighboring houses in the compound.

He said, “Unidentified security men came to Okponkume, arrested Ekeson and burnt down their house and neighbors. It’s believed the security men are after ESN members.”

In a video circulating online while ‘Ekeson’s’ family house was on fire saw family members and good spirited individuals trying to quench the raging fire and a voice was heard saying, “See this house has burnt, people’s property has burnt to ashes”

Also in another video, Chinomso Madu’s house, a brother to Uche Madu who they came to apprehend was also set ablaze after they were unable to apprehend him.

The Imo Police spokesperson CSP Michael Abattam said he heard of the incident but stated the police didn’t carry out the operation.

The Army Public Relations Officer, Joseph Akuga, said he was not aware of the incident, adding the military has no operation at Mbaise.

KanyiDaily recalls that Imo State Police Commissioner, Rabiu Hussaini had recently accused members of the IPOB and ESN of killing two traditional rulers in the state. 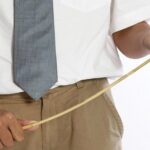 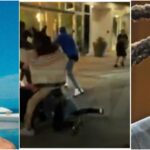