The Archbishop of Onitsha Catholic Archdiocese, Most Rev. Valerian Okeke has disowned Rev. Fr. Magnus Ebere of Canaanland Adoration Ministries, who recently claimed in a viral video that Igbo people always dominate in any church they attend. 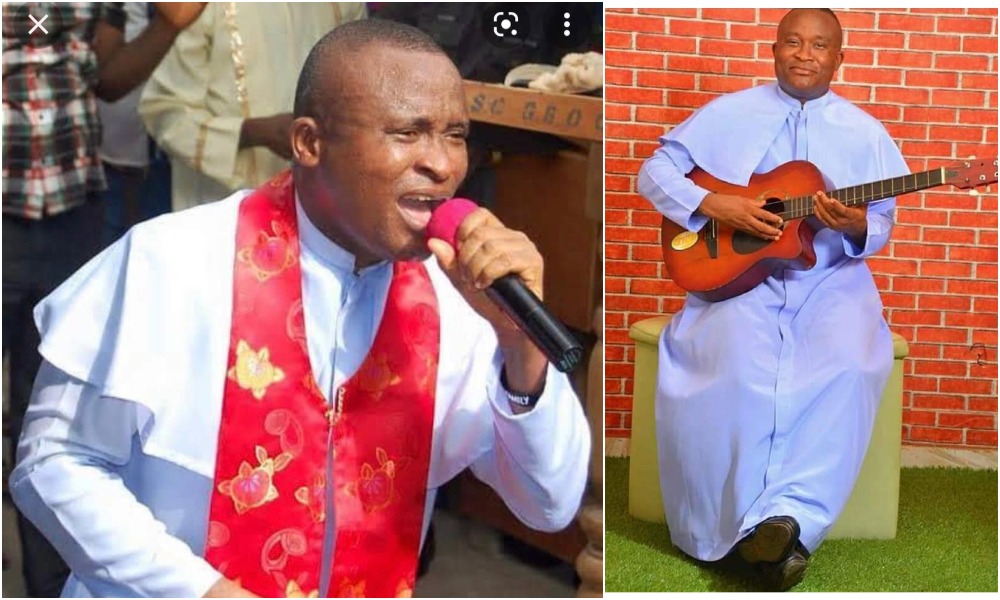 Ebere who runs Canaanland Adoration Ministries was reacting to the news of a Catholic priest in Lagos, who banned the singing of Igbo songs in the church, claiming that Igbos like dominating in any Catholic parish they find themselves in.

In a viral video, Ebere said it was true that Igbo people dominate in their churches, saying that they were created to dominate and that they will always dominate in any church they find themselves in.

Rev. Fr. Magnus Ebere In Not A Catholic Priest

But Bishop Okeke reacting to the video in a press release he signed disowned Ebere, stating clearly that despite going by the title ‘reverend father’, he was not a priest of the Catholic Church, and was not under his instruction, nor is his ministry operating under the powers of the Catholic Church.

The Archbishop reacting to Ebere’s claims said it is true that Igbo people like dominating, “Rev. Fr. Magnus Ebere worsened and aggravated the matter by ignorantly confirming the accusation the suspended priest leveled against the Igbos.

“In his video which has now gone viral, Fr. Magnus Ebere made many unchristian statements which need to be publicly condemned. We therefore totally condemn and repudiate such unwarranted utterances like “Igbos are Igbos, anywhere we are, we are dominion”. “if you remove Igbos in the Catholic Church in Lagos, there will be no church there”, etc. this is not the position of the Catholic Church in Igboland.”

“We once again warn the faithful of our Archdiocese that the activities and teachings of Fr. Magnus Ebere are dangerous, deceitful and inimical to their faith. Anyone who participates in his illegal activities at Nnobi does so at his or her risk. Any Catholic who accepts his erroneous teachings is operating outside the traditional and authentic teachings of the Catholic Church.

“We also publicly warn Fr. Magnus Ebere to immediately stop all his illegal ministries at Nnobi. If he is truly a Catholic priest, which he claims to be, he needs faculties from the diocesan bishop to carry out any form of ministry in the Onitsha Archdiocese. No such faculties have been given to him neither in the past nor in the present. Please be warned.” 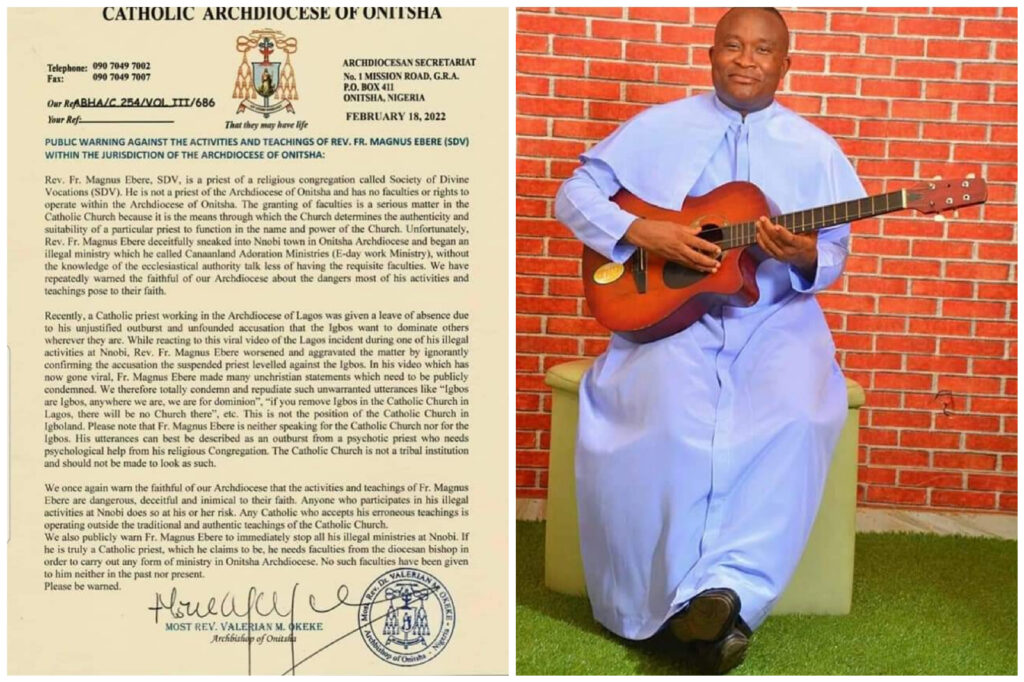 READ:  Woman Pleads With Court To Forgive Her Husband After He Assaulted Her For Not Singing At Funeral