Nollywood actress, Allwell Ademola has finally revealed why she started dating her late fiance’s best man after he was shot dead by armed robbers, two months to their wedding.

During an interview with The Sun, Allwell Ademola who is also the granddaughter of Nigeria’s first Chief Justice, Justice Adetokunbo Ademola, revealed that her late fiance’s best man was her best friend, even before she met her fiance.

Here are excerpts from the interview below:

You’re well-endowed upfront, did you find it challenging managing your assets at a younger age?

No at all. My boobs were never a challenge to me. I have been acting with them since I was a child. Variety is the spice of life. Not everybody is meant to be slim or have small breasts. Who will act the size 16 roles if everyone is a size eight? Even as a child, I still got contacted to play certain roles. So, I never had self-esteem issues because of the size of my boobs.

Would you say that your endowments have been instrumental in getting you movie roles?

Yes of course. Initially, it was challenging. May be because I hadn’t discovered myself. I guess I didn’t know and couldn’t appreciate what I had back then. Now I know that there are very few people that have my kind of body and endowments. Little wonder producers are always on the look out for me.

Are you in a relationship at the moment?

Yes, but I am single.

Any marriage plans at the moment?

Not at all. Presently, I am not in any serious relationship.

The dream of every woman is to get married someday and start a family, why are you different?

Man proposes but God disposes. I had planned to get married a while ago but it didn’t work out. I was so close to the altar but God disposed it. So, for now, I have no plans for marriage.

I learned that after you lost your fiancé two months to your wedding, you moved on with his best man, how true?

Yes, I lost my man two months to our wedding. Armed robbers shot him and I mourned him for two years, and then I moved on with our best man. Yes, it’s true. He was my best friend even before I met my fiancé, so I planned to make my best friend the best man at my wedding. Unfortunately and fortunately, his fiancée jilted him at about the same time I lost my fiancé; so, he felt maybe, God didn’t want us as just friends. So, he proposed to me. What do you expect from a heartbroken woman at her lowest? I fell for it.

How did you deal with the heartbreak?

I had people around me who showed me so much love and support, and eventually, I scaled through. 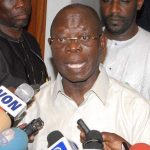