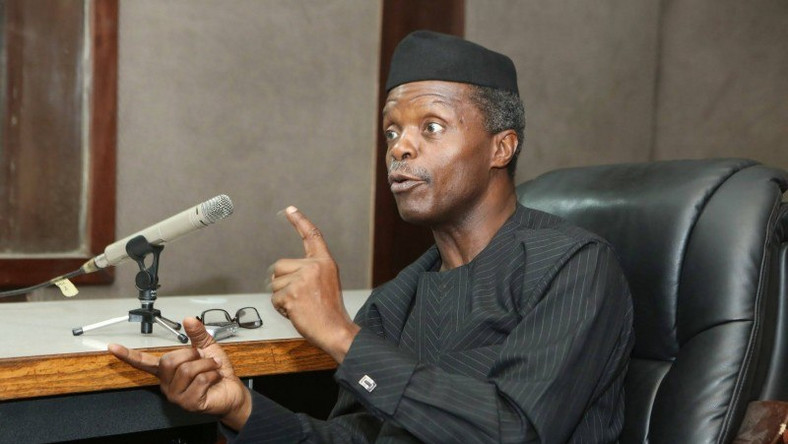 Vice-President, Yemi Osinbajo has revealed that President Muhammadu Buhari-led administration has spent N1.5 trillion on the power sector in the past two years, even as frequent outage persists across the country.

Osinbajo, who was represented by the Minister of Power, Saleh Mamman stated at the Kainji hydropower plant in Niger State on Tuesday, September 24, 2019.

He stated that the government was putting in place policy reforms that will guarantee access to affordable electricity for Nigerians.

“The federal executive council recently approved the third round of intervention funding for the (power) sector, with a total of about N1.5tn in the last two years.

“However, if the country is to achieve its aim of channelling funding to other critical sectors of the economy, it is pertinent that structural reforms be put in place to enable the power sector to fund itself sustainably.

“These policy reforms must however take into consideration the need for under-privileged Nigerians to gain access to affordable electricity to power their homes and small businesses, as the government seeks to move Nigeria further up the World Bank’s doing business rankings,” he said.