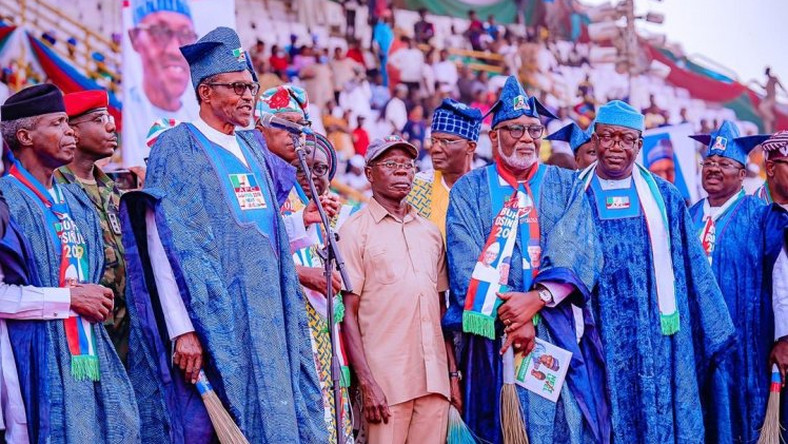 The Peoples Democratic Party (PDP) has mocked President Muhammadu Buhari following the incident which occurred at the presidential rally of the All Progressives Congress (APC) which was held in Ogun State on Monday, February 11, 2019.

The presidential campaign rally of APC in Ogun State on Monday was greeted with so much violence that President Muhammadu Buhari and the National Chairman of the ruling APC, Adams Oshiomhole were stoned and booed. (Read the report HERE).

Reacting to the incident, the PDP called on President Buhari to read the handwriting on the wall, adding that the violence was a direct result from the four years of misrule as depicted in the expansion of poverty, corruption, divisiveness & bloodletting in our nation.

In a statement which was issued on Twitter on Monday, PDP noted that Nigerians could not be bought with N10,000 and that the Ogun incident is a clear sign that the people have rejected the ruling APC. The statement reads:

The public pelting & jeering at @MBuhari and his @OfficialAPCNg during his election campaign rally in Abeokuta, Ogun state, is a direct response by Nigerians to his 4 years misrule as depicted in the expansion of poverty, corruption, divisiveness & bloodletting in our nation.

“It is instructive to note that Mr. President was pelted in Abeokuta barely 24 hours after his Zamfara state rally on Sunday, where he attempted to incite Nigerians to join the @OfficialAPCNg in their planned resort to violence to derail the 2019 general election.

“The people of Ogun state, and indeed, the South West, have shown that they are in direct alignment with other states and geo-political zones of our country in rejecting President @MBuhari and VP @ProfOsinbajo whose administration has foisted so much pain and anguish to Nigerians.

“Mr. President can now see that Nigerians cannot be bought with N10,000, as he was made to believe by the Vice President @ProfOsinbajo and members of the cabal in his Presidency.

The PDP therefore urges @MBuhari and the @OfficialAPCNg to read the handwriting on the wall and get ready to accept his inevitable defeat so that Nigerians can have a breath of fresh air under the leadership of @Atiku whose campaign has continued to receive rousing reception.” 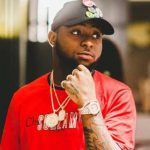 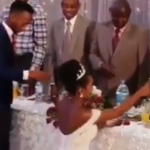