One person has died and several others have been injured in a shooting in the central Dutch city of Utrecht on Monday morning, police said.

The Utrecht police said a square at a tram station outside the city centre had been cordoned off as emergency services were at the scene.

Reports claim a man in a tram on the way to Utrecht CS pulled out a weapon and shot several people.

Counter-terrorism police are at the scene and officers have said they are considering the possibility of a ‘terrorist motive’.

Officers ‘suspect one person was killed in a shooting on a tram in the city’, a police spokeswoman said.

Local reports in the Netherlands claim that there may have been shootings in other places. The shooter is believed to have fled in a red car, and now a manhunt is underway.

Officers urged the public to stay away to allow first responders ‘to do their work’. Dutch Prime Minister Mark Rutte said he was ‘deeply concerned’ about the incident. 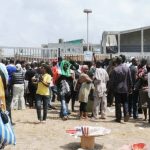 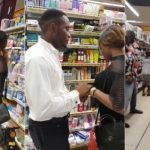