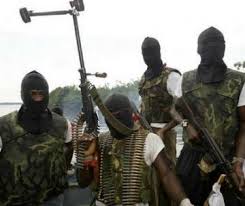 Barely 24 hours after torching 15 masts of four Global System of
Mobile Communication (GSM) firms in Borno state violence however, spread
to neighbouring Yobe state, setting ablaze the service-base masts of
Airtel, Glo and Etisalat in Potiskum and Damaturu, with Improvised
Explosive Devices (IEDs) and petrol-bombs in the early hours of
Thursday.

Besides the torching of GSM masts, the gunmen, suspected to be
members of the Boko Haram sect, killed 16 people, including the Yobe
state government protocol officer, Mallam Adamu, while returning from
his duty post at the Government House, Damaturu.