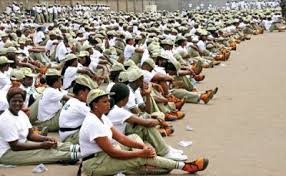 Gunmen attacked the lodge of the Redeemed Christian Corpers Fellowship early yesterday in Jalingo, Taraba state capital . The bandits who stormed the Family House of the Redeemed Christian
Corpers Fellowship (RCCF) held the parishoners hostage for hours after
relieving them of  hundreds of thousands of dollars and other valuables….continue reading

The gunmen  gained entrance into the Corpers lodge from a toilet in the
female wing of the building. They carted off three laptops, about 24
mobile phones and thousands of naira.

“We were about 20 corpers in the lodge when it happened,” recalled a
church member. All our phones were taken away, some of us had two, three
phones. Our monthly feeding allowance which we contributed to was also
taken away by the evil men.”

A fellowship member who asked that his name not be used in print said:
“We were sleeping when some men came in holding all sort of dangerous
weapons but we never resisted them, we obeyed their orders because we
were in great fear. They asked us our state of origin and religion and
threatened to behead us if we misbehaved. ”

RCCF  president Banji Omogbehin said “the bandits were asking us for
our state of origin, threatening to rape our ladies and behead us.” A
motive for the attack is unknown.