It was a bloody encounter Wednesday morning (today) at Tudun Wada town, 100km south of Kano when the Joint Military Taskforce gunned down 9 suspected members of Boko Haram and captured two during a midnight combat operation.

The military acting on intelligence had laid an ambush and cordoned major entry point to the town strategically located within Kano- Jos federal Highways shortly after a report that an unknown gunmen attacked the police station, DPO’s residence and an old generation bank in the town bordering Plateaus state.

Briefing Reporters on the success of the operation, the GOC 3 Motorized Brigade of the Nigerian Army, Bukavu Barrack in Kano, Brigadier General Iliyasu Abba revealed that high caliber weapon weapons carted away from the station after the attack were recovered.

The Army Chief stated that three vehicles used by the ‘enemy combatant’ during earlier attack at Tudun Wada town that including their ‘logistic vehicle’ used to conveyed arms and ammunition were destroyed by the Armored Personnel Carrier and recovered during the overnight raid.
Other items recovered during the deadly encounter includes two Ak 47, 3 pistols , 2 short guns, one long range riffle, and 29 magazines, police uniforms and assorted ID cards

Brigadier General Iliyasu Abba who was flanked by the Kano Commissioner of Police, Ibrahim Idris, and the state Director, State Security Services during the briefing stated ‘ we convinced ourselves that the attackers launched their operation from and Kano and we quickly mobilized troops and blocksed major entry point to Tudun Wada and it paid off handsomely”

The military chief revealed that the attacker destroyed the police station using IED and brought down the Bank, stressing that they failed to gain access to the vault and that the cash balance of two million recorded by the bank the previous day was intact.
The soldiers paraded the captured ‘enemy combatants’, and dead bodies of 9 members that lost their life during the encounter with military.

Brigadier Iliyasu Abba stated that the military is poised at containing the menace posed by the gunmen on board, calling on the general public to cooperate and offer useful information that assist the security forces achieve their set goals 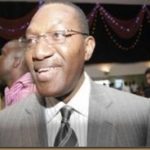 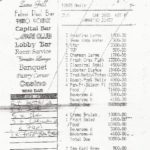