The candidate of the Peoples Democratic Party (PDP), Eyitayo Jegede has picked a member of the House of Representatives, Gboluga Ikengboju, as his running mate for the October 10, 2020 governorship election in Ondo State.

Ikengboju is a pharmacist, who represents Irele/Okitipupa constituency in the House of Representatives, where he doubles as the Deputy Chairman in the House committee on delegated legislation.

Jegede who announced this on his social media handles on Monday, said:

“In the task of rebuilding the confidence of our people in their government and in restoring hope for a better life under a PDP administration in Ondo State, and following extensive consultations with leaders of our party I am pleased, to announce that Hon. Gboluga Ikengboju will be working with me in seeking your mandate in the October 10, 2020 governorship election.

“We will also work with other notable leaders of our great party in different capacities. In this regard, we salute the commitment, conviction, support, and understanding of all the aspirants and other leaders of our party.”

…I am pleased, to announce that Hon. Gboluga Ikengboju will be working with me in seeking your mandate in the October 10, 2020 governorship election. pic.twitter.com/2GrB2bQcrB

KanyiDaily reports that Mr Jegede will slug it out on October 10 with about 16 other candidates and parties. He, alongside Governor Rotimi Akeredolu of the APC and Deputy Governor Agboola Ajayi of the ZLP, is however considered a frontrunner. 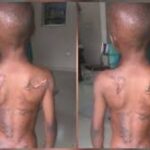