Emmanuel Ike Nwaobosi, the special assistant on Internally Generated Revenue (IGR) to Governor Willie Obiano of Anambra state, was arrested during the presidential and national assembly elections on Saturday.

Ike Nwaobosi is the son of a prominent figure in Anambra and the governor’s friend. He is based in Toronto, Canada.

According to reports, Ike Nwaobosi who only returned to the country for the election, was among the political thugs caught yesterday allegedly trying to snatch ballot boxes at a polling unit in Obosi.

They met their Waterloo when some brave youths and policemen ran after them.

In a viral video posted online, the villagers can be seen mocking him after he was caught. 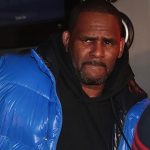 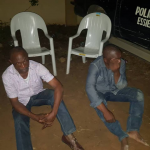